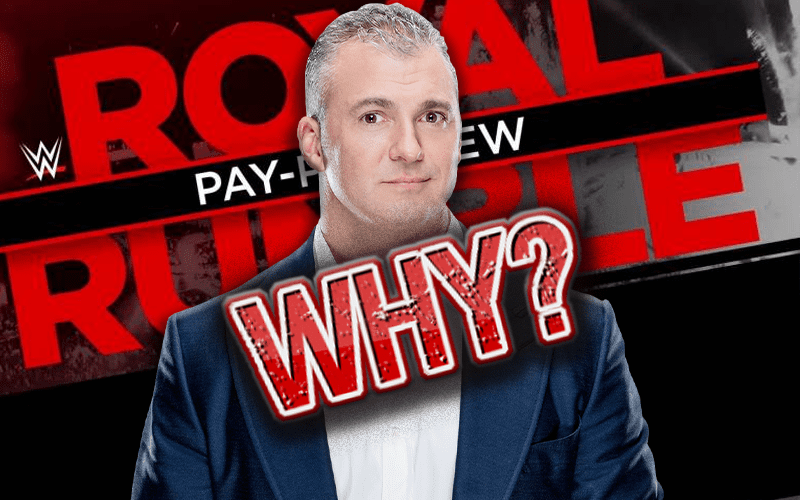 Shane McMahon isn’t around WWE very often anymore. Since he lost a ladder match against Kevin Owens during the Fox debut of Friday Night SmackDown he’s technically “fired.” McMahon was still around for the Royal Rumble.

Vince McMahon’s son even helped put together the Men’s Royal Rumble match. Dave Meltzer noted on Wrestling Observer Radio that this wasn’t a sign that McMahon is in a creative position. Shane-O was just helping with the Royal Rumble.

“No he just helped set up one of the Royal Rumble matches. He’s not a producer or anything like that. He’s usually never around.”

We’ll have to see when Shane McMahon returns to television because it’s bound to happen. Right now he seems to be enjoying his time at home and doing whatever else occupies Shane McMahon’s time when he’s not working with his father’s company.