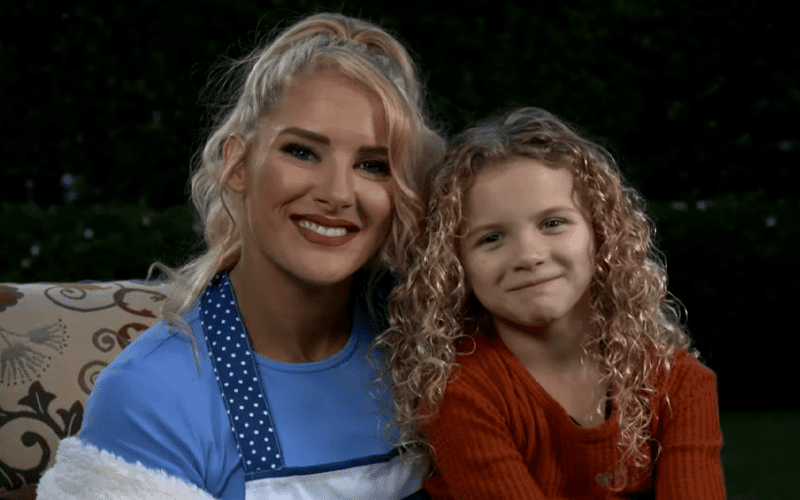 Lacey Evans did not appear on Friday Night SmackDown this week. She lost to Bayley at the Royal Rumble. The Lady Of WWE isn’t likely going anywhere.

Evans and her daughter Summer recently starred in a Foster Farms commercial. WWE’s cameras also got a behind the scenes look at their corndog commercial.

Corey Graves and Vic Joseph were also a part of this commercial as they commentated Evans’ battle with her daughter’s hunger. It was a pretty entertaining commercial and makes us wonder if more could be on the way.

You can check out a behind the scenes video below to see how they put it all together.