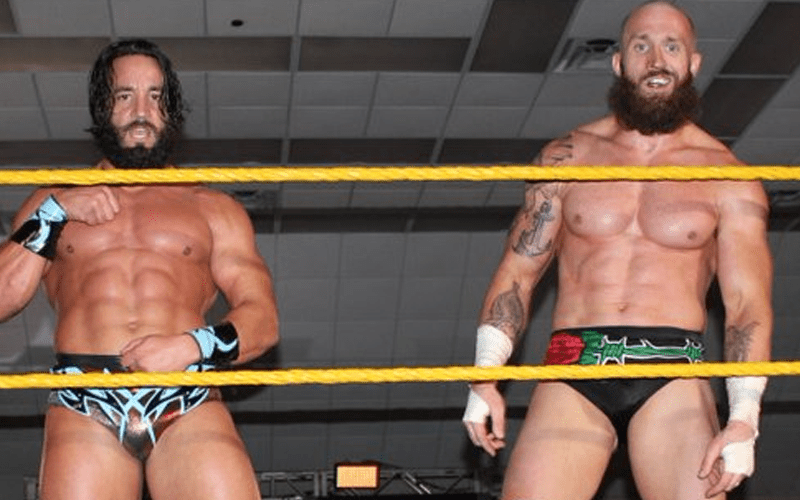 Mike Kanellis returned to NXT where he was teamed up with Tony Nese. It appears that team is not going away.

Kanellis and Nese teamed up once again at NXT’s house show last night. They defeated Shane Thorne and Daniel Vidot at the Citrus Springs event.

Now Mike Kanellis is confirming that his new team has a name. They are “Team ABSolute.” This makes sense because both Nese and Kanellis are pretty ripped.

Mike Kanellis requested his WWE release weeks after signing a new five-year deal with the company. WWE obviously didn’t let him go. He sat at home for a bit, and then he debuted with Tony Nese in this new NXT tag team.