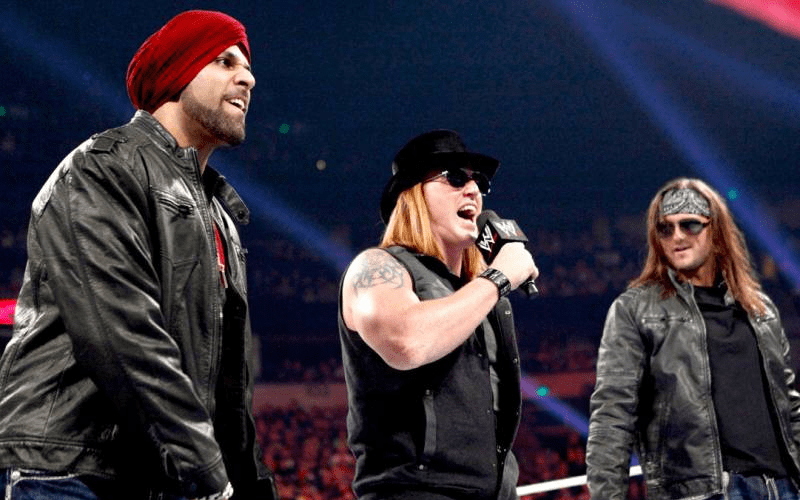 Drew McIntyre was released from WWE as a member of 3MB. Looking back he realizes why WWE left him go. He left WWE and refocused himself to come back as a dangerous and driven competitor.

McIntyre’s other 3MB team members also saw success after the faction’s split. Jinder Mahal was released as well, but he returned and became WWE Champion. Heath Slater was never released, but he did have a run with the SmackDown Tag Team Titles.

While speaking to WWE The Bump, Drew McIntyre discussed the individual success that his 3MB team members experienced.

“I knew we were all capable. Obviously under the confines of 3MB it’s hard to be taken serious, but I knew Heath was one of the most entertaining Superstars that we have we were given a lot in that department. We were given more time like you say the more time passes the more people look at things differently. When people say 3MB they say: ‘Yeah factions like The Shield and DX and 3MB,’ I’m like, what did you say?”

“Nostalgia is a hell of a thing. When we were out of the company Heath was given more opportunities to show his personality because he was the One Man Band. Jinder didn’t necessarily start off on the best foot outside the company. He wasn’t sure what he wanted to do. He wasn’t training. He wasn’t motivated. I obviously stayed driven toward my goal. One day that all changed and [Mahal] because the most focused and driven in my life. He took everything I was doing to the next level with training and he came back and he made himself WWE Champion.”

Drew McIntyre also took the opportunity to make sure that fans knew Jinder Mahal is gearing up for an epic return. We’ll have to see if the 3MB members’ paths will ever cross again in WWE, but they certainly made a ton of memories during their run as a faction.