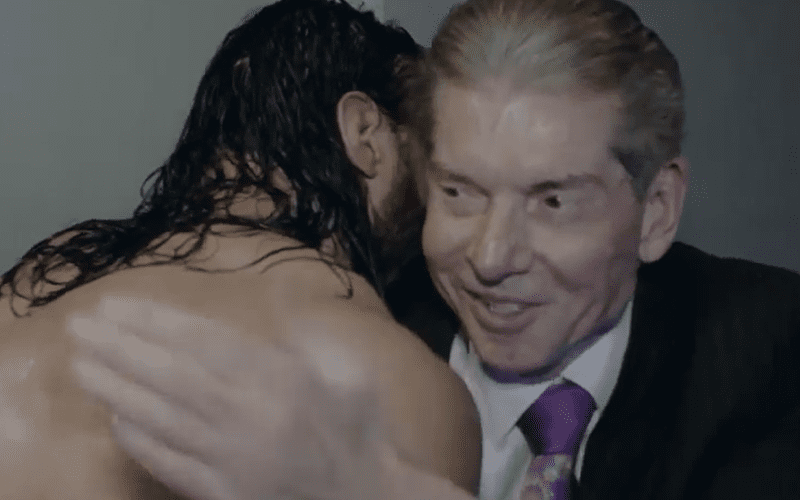 Drew McIntyre won the 2020 Royal Rumble match. This was a huge moment in his career and he immediately thanked Vince McMahon for it.

While he appeared on WWE The Bump, they revealed a sneak peek of an upcoming episode of WWE Chronicle set to be released in April. Drew McIntyre is the focus of this documentary and it includes some very candid moments with Vince McMahon.

Drew McIntyre is shown in the preview footage entering the Gorilla Position following his big Royal Rumble win. “Let’s go!” Vince McMahon said as he stood up and hugged McIntyre.

Then Drew thanked McMahon for everything that he did for his family. It was a private moment of gratitude shared in rather chaotic surroundings.

You can check out the clip at about 24 minutes into the show. WWE Chronicle: Drew McIntyre will debut on April 4th following NXT TakeOver: Tampa.