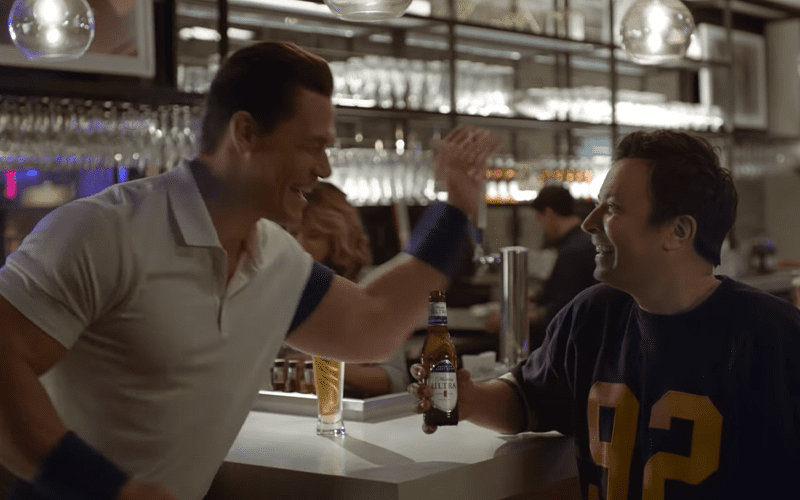 Super Bowl LIV is this Sunday. WWE Backstage is planning a special episode from the site of Super Bowl LIV. John Cena will also be a part of the NFL’s biggest game of the year, but he’ll be in a commercial.

Cena is starring alongside Jimmy Fallon in a Michelob Ultra commercial during the Super Bowl this year. Since Super Bowl commercials are rarely held until the big game anymore we have the commercial online already.

This is a pretty funny commercial that shows John Cena getting along well with one of the biggest names in late night. Cena tried to help Fallon work out, but the Tonight Show host isn’t up to Cena’s training regiment.

We’ve heard that John Cena wants a “substantial” WrestleMania 36 role. That hasn’t been hinted at on television yet. At least fans can still see him on television in this way.