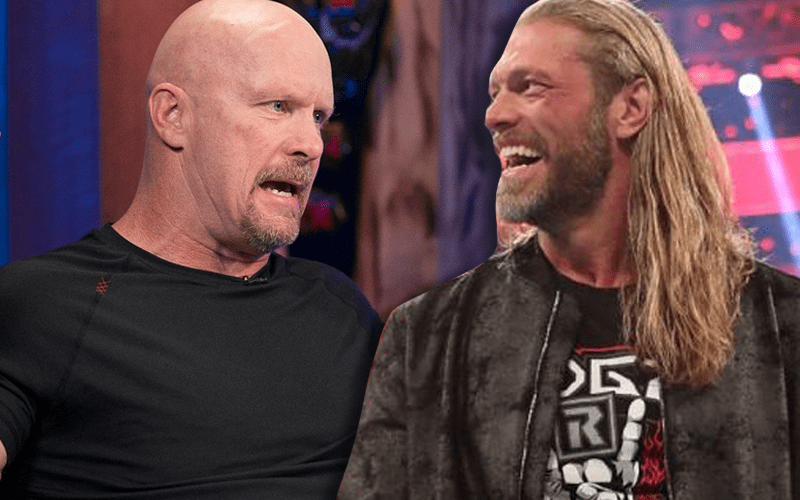 Edge returned to the ring after having to retire. Austin is very happy for the Rated R Superstar. That doesn’t mean he has any aspirations to make an in-ring return himself.

During the Steve Austin Show, Stone Cold opened up about Edge’s return and explained why it doesn’t inspire him to make his way back to the ring too.

“Basically you’re asking me, based on Edge’s return, would I consider making a return? No. Whatever Edge is doing has nothing to do with me,” he replied. “I’m done. I’ve already said I’m done.”

“When I see a guy whose kinda had a similar type of neck situation as I had, or neck surgery in general, and to leave the business when he did nine years ago and then come back, I’m like ‘Ok. Man, be careful out there.’ Ya know? Cause I haven’t seen you in action. And we know it’s a very physical business. You can get hurt any time, any way. It can be very dangerous. So just please be careful.”

Edge’s next match will supposedly be at WrestleMania 36 against Randy Orton. He signed a huge WWE contract for three years. The Rated R Superstar will reportedly wrestle at least two more times in 2020. He got an amazing deal and odds are that Steve Austin could also get a huge paycheck for another match or two. The Rattlesnake just isn’t going for it.