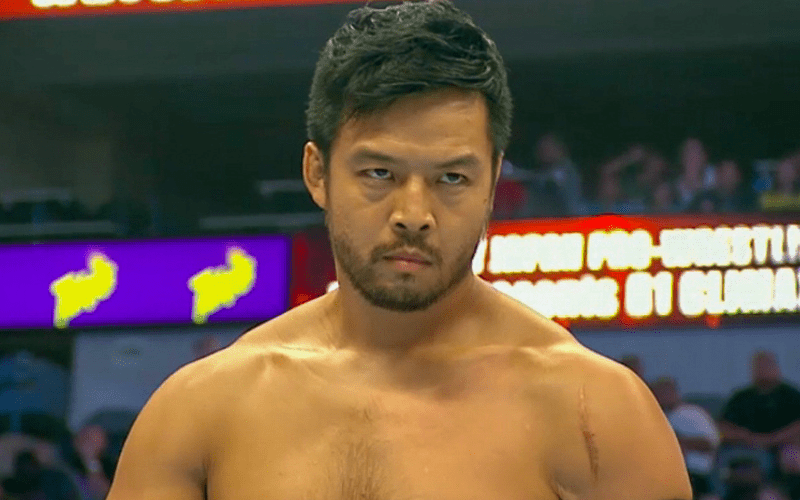 Anyone who has been a fan of NXT for a while will remember the days of Hideo Itami, now known as KENTA.

He wasn’t exactly given much of a chance in the main event scene in his early run, and while that may have gradually changed as time went on, it never seemed as if he was at the core of NXT’s plans – with his injuries playing a big role in that.

In the wake of the angle between Finn Balor and Trent Seven recently, KENTA felt the need to joke about a storyline from his own past with the brand.

As we all know, a few years ago, KENTA was attacked in NXT’s parking lot which began a ‘whodunnit’ sort of storyline. In the end, that’s probably what he was remembered for above everything else during his time in WWE.

It’s much nicer to see him make a few playful comments from time to time, as opposed to just outright going after the company. While things probably didn’t go the way he thought, there’s always a chance that he’ll return to WWE somewhere down the road.

Right now he’s enjoying his time in New Japan Pro Wrestling and it’s not exactly hard to understand why. He’s already been thrust into a main event storyline with Tetsuya Naito, which speaks volumes as to just how respected he really is.

Whether or not he can actually go on to win the big one with NJPW is a different matter altogether.