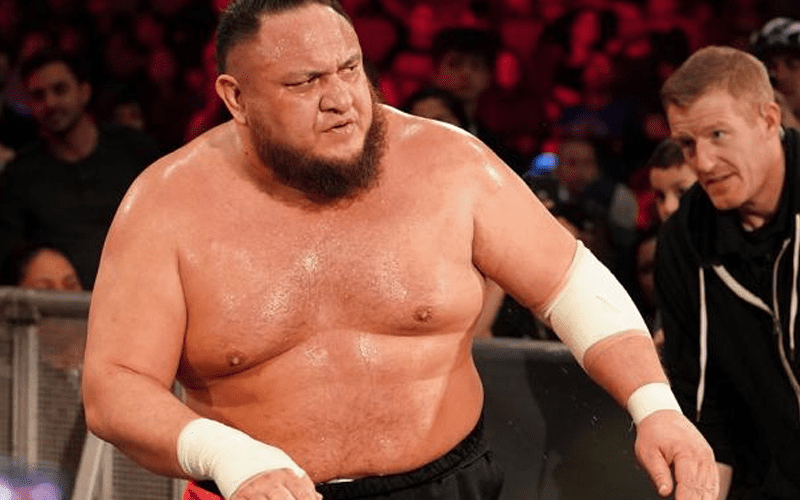 Samoa Joe landed a dive to the outside and he was taken away. Kevin Owens finished the match alone and nearly won the titles by himself. It seemed to tell a great story, but Joe’s injury was not part of the show as Dave Meltzer noted on Wrestling Observer Radio.

“The belief is that Joe has a concussion which is obviously not a good thing. That’s not 100%, but that was the belief a couple of hours ago. A concussion is the kind of unpredictable injury where you know he could be back next Monday or he could be back in six months you just don’t know. So, yeah that’s the situation he landed on his head and got a concussion.”

We’ll have to see when Samoa Joe comes back. Hopefully he’s not out of action for long. The start of the road to WrestleMania is a terrible time to go out of action with an injury.