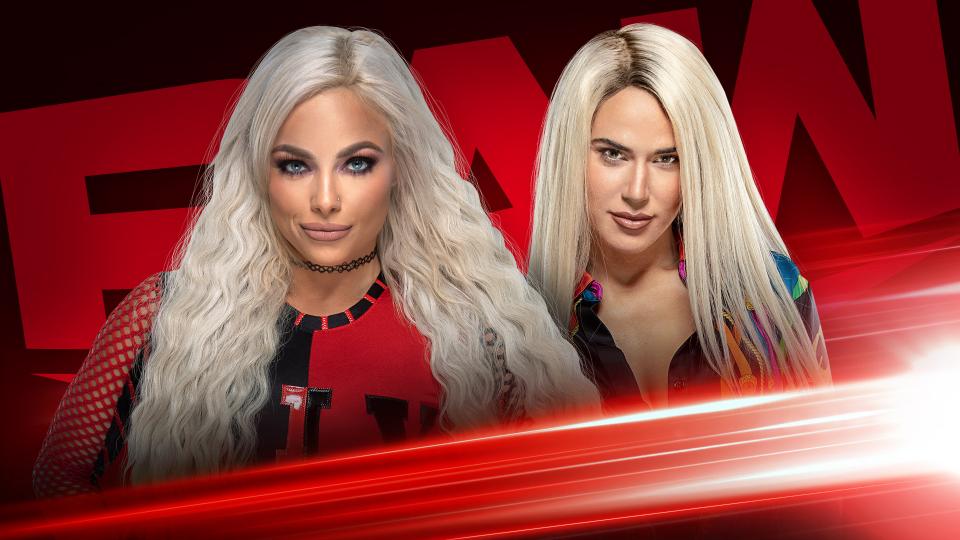 Welcome to Ringside News’ coverage of WWE Raw, the night after the 2020 Royal Rumble.

Last night Drew McIntyre won the men’s Royal Rumble. The Scottish Psychopath kicked his night off, quite literally, by eliminating Brock Lesnar. McIntyre then outlasted everyone else and dumped Roman Reigns over the ropes to book his spot at WrestleMania. You could see how much it meant to Drew following his win, and it sets up a WrestleMania showdown with Brock Lesnar. However he may have himself a match at the Super ShowDown card in Saudi Arabia before then.

The other big talking point of last night’s event was the return of WWE Hall of Famer, Edge. The Rated R-Superstar made his incredibly unlikely return last night and made it to the final three before being eliminated by Roman Reigns. Tonight Edge will be on Raw to explain how he was able to return following his retirement some eight years ago. It seems Edge is back for a while and that’s just incredible.

As for matches tonight, WWE has only announced two thus far; Lana Vs. Liv Morgan with Lashley and Rusev banned from ringside; and Seth Rollins and Buddy Murphy defending their new Tag Team Championships against Samoa Joe and Kevin Owens.

And that’s the preview for tonight’s Raw. Seeing as we’re on the road to WrestleMania and have the returning Edge, it should be a fun show. Remember to follow us on Instagram and Twitter, and enjoy the show!

Monday Night Raw opens with highlights of last night’s men’s Royal Rumble match. The announcers reiterate the matches happening tonight, and that Charlotte Flair will be here, along with the returning Edge.

2020 #MensRumble winner @DMcIntyreWWE is kicking us off on #RAW! pic.twitter.com/9oWmH3LjXN

The Scottish Psychopath, the man who won the Royal Rumble 2020, Drew McIntyre, makes his way to the ring. “You deserve it” chant from the fans. Drew says he needs someone to pinch him because he feels like he’s been dreaming. He reminds us that he’s going to WrestleMania.

McIntyre says he doesn’t want to draw things out, it’s time to make an announcement. A challenge. McIntyre challenges Brock Lesnar for the WWE Championship at WrestleMania. He says most of the guys in the back are terrified of Brock, but not him. Last night he looked in Lesnar’s eyes and he knew he could Claymore him over the ropes. And he did. And he also knows he will beat Brock Lensar at WrestleMania. Drew says he is fired up and needs to blow some steam. He declares a Claymore party and issues an open challenge to anyone in the back.

The O.C. answer the call, and it’s both Anderson and Gallows. They come to the ring and Anderson says he accepts and says he’ll fight Drew tonight. Luke says he wants to fight him too. McIntyre says he’s a dream-maker, so they can both fight him.

Anderson starts the match with McIntyre and tries to slap his chest but McIntyre no-sells it and delivers a thunderous chop of his own. McIntyre hits a deadlift suplex and Gallows tags in. McIntyre chops the chest of McIntyre as well, but the big man kicks Drew and tags Anderson.

The O.C. attempt the Magic Killer but Drew fights out. He drops Gallows, then hits Anderson with a Glasgow Kiss. McIntyre with an overhead suplex to Anderson, followed by a clothesline off the top. Gallows runs at Drew and gets hit with a Future Shock DDT. McIntyre goes to the corner, counts down, and hits Anderson with a Claymore Kick, then does the same to Gallows, and pins them both at the same time.

After the match ends, McIntyre lifts Anderson and Gallows and throw them over and out of the ring. He turns around and Brock Lesnar is there to hit him with an F5!

Watch out for the 🌪, @DMcIntyreWWE!#WWEChampion @BrockLesnar is officially on the Road to #WrestleMania, too. #RAW pic.twitter.com/UJBal6Vb1N

We return from the break to a highlight video of WrestleMania XVII, focusing on Edge in the TLC tag match.

Rey Mysterio makes his way to the ring and we get a video package for MVP, who is back for a while it seems.

The match gets underway and they lock-up. MVP shoots Rey off and Mysterio tries a shoulder tackle but MVP doesn’t budge. They exchange reversals and end at a stalemate. The fans tell MVP he’s still got it.

Rey takes the back of MVP but gets whipped off, hits the ropes, and gets caught with the player boot for a two-count. Rey seems a little off, like the kick might have stunned him. He catches MVP with a drop toe hold, then hits an enziguiri that knocks MVP from the ring. Rey runs along the apron and hits a hurricanrana that sends MVP into the barricade.

Back live and MVP whips Rey into the buckles but gets kicked in the face. Rey climbs the ropes but MVP forearms his back and lifts him in an electric chair position. Rey counters with a hurricanrana that sends MVP into the buckles face-first.

Rey kicks the leg of MVP and forearms the face, and hits a tilt-a-whirl headscissors. Rey goes up top and hits a seated senton, followed by a springboard moonsault for a two-count. MVP slams Rey and its the Ballin’ Elbow for a near-fall as Rey grabs the rope. MVP lifts Rey for a powerbomb but gets countered with a hurricanrana into the ropes. Rey goes for the 619 but MVP bizarrely gets up and turns his back but Rey kinda hits him and he sells it. Rey then hits a springboard splash for the win.

Why bring MVP back to lose? Doesn’t make much sense to me but maybe there’s a long game plan.

This match gets underway and Black kicks Kenneth in the leg a few times. Johnson takes the back but Black counters with a snap German suplex. Black catches Kenneth with Black Mass outta nowhere for the win.

Black grabs a microphone after the match. He says for the past few months, he’s been asking someone to pick a fight with him. However that changes as of tonight. From now on, he’ll bring the fight to the Raw locker room.