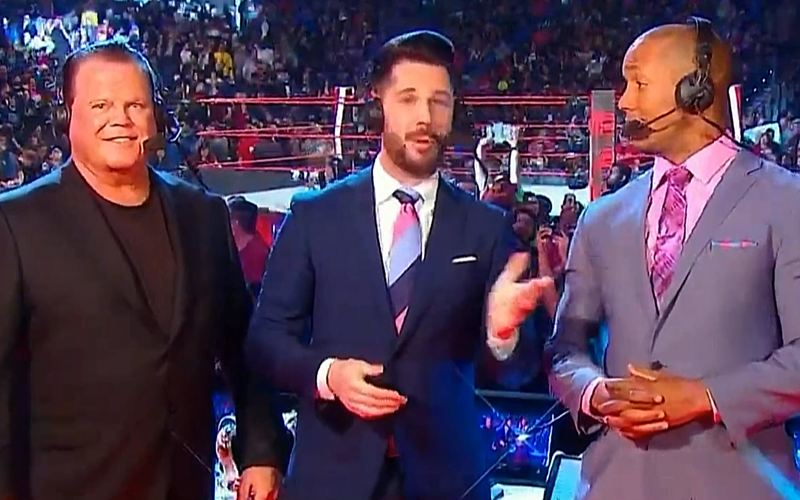 WWE debuted a new announce team after the Royal Rumble. We previously reported that a change was coming, but few fans expected a return for Byron Saxton as well.

Dave Meltzer explained WWE’s latest announce team changes during Wrestling Observer Radio. It looks like Vic Joseph is out and now Byron Saxton is back.

“So essentially Tom Phillips is replacing Vic Joseph on RAW the decision is a permanent decision it was made in the last week. Byron was always going to be the third guy, the decision was made for Bryon to be there and that’s that. Lawler, who it was initially supposed to be a short-term decision… he’s there for longer term. So, there you go.”

We’re never sure if WWE will keep an announce team for longer than a couple of months at this point. It takes time for a team to find their groove, but things are a bit different when you’re trying to get on the same page on national television.