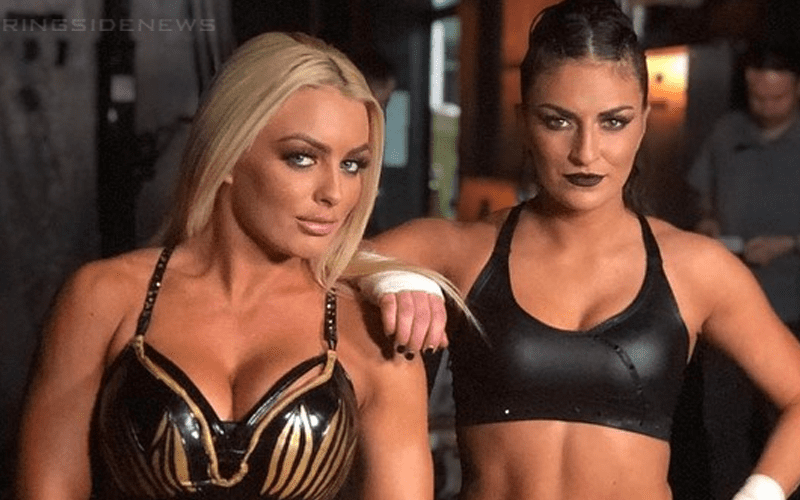 WWE did not go through with a lesbian angle when Sonya Deville and Mandy Rose pitched it months ago. Instead, WWE decided to give a lesbian romance angle to Liv Morgan and Lana.

Sonya and Mandy weren’t happy about this. Then at the Royal Rumble it seemed that they teased a turn to the lesbian romance direction once again. Sonya Deville proclaimed she would sacrifice herself for Rose.

Dave Meltzer explained this storyline on Wrestling Observer Radio. It appears that WWE has already circled back around to the idea of there being something between the Fire & Desire members.

“Yeah so it looks like they’re going back to that thing where Sonya’s got the crush on Mandy that they were gonna do months and months ago.”

Otis is involved in the situation now. Sonya Deville and Otis might both be vying for Mandy Rose’s affection. We’ll have to see how things progress, but they dropped quite a tease at the Royal Rumble.