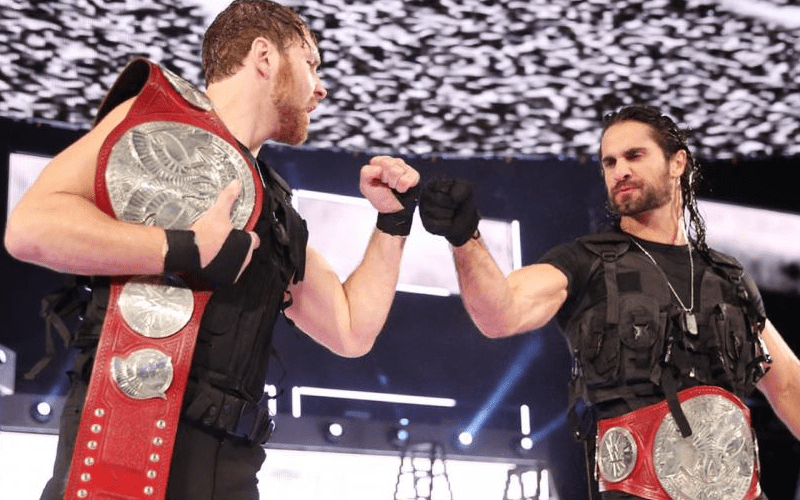 WWE lost Dean Ambrose as he became Jon Moxley once again. Now Mox is a focal point of AEW. This might not be sitting well with his former pro wrestling home.

Seth Rollins started his sixth Tag Team Title reign on Monday. WWE celebrated this with a graphic displaying all of Rollins’ previous victories and partners, but Ambrose/Moxley was missing.

WWE also edited Moxley out of a clip of The Shield’s Survivor Series debut.

You can check out the graphic below and notice that The Lunatic Fringe is conspicuous by his absence.