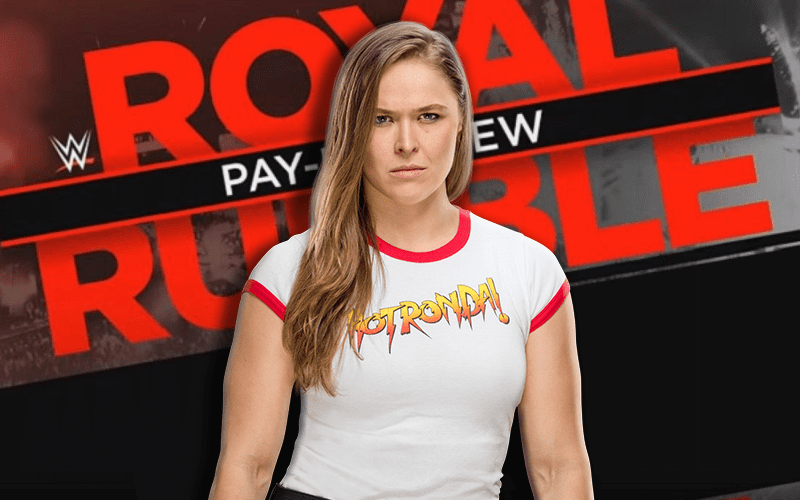 WWE is holding the Royal Rumble event tonight. One person that fans are really hoping to see is Ronda Rousey.

It is not clear if Rousey will be there. She wants to return and Triple H said she keeps pitching return angles to WWE. At this time we’ll just have to wait and see.

One thing we do know is that Ronda Rousey was not at the Women’s Royal Rumble match rehearsal last night. All of the women got together and went over the match, but as Fightful Select reports Rousey wasn’t there.

While it’s no confirmation about her status for the show one way or another, Fightful Select was able to confirm with multiple sources that Rousey was not at Saturday night’s rehearsal for the Women’s Royal Rumble match

Ronda Rousey could always be planned for a different spot if she is going to be at the event. It will be very interesting to see who wins in Houston. If Ronda Rousey does make an appearance then there could be some Superstars who wouldn’t even know about it until her music hits.