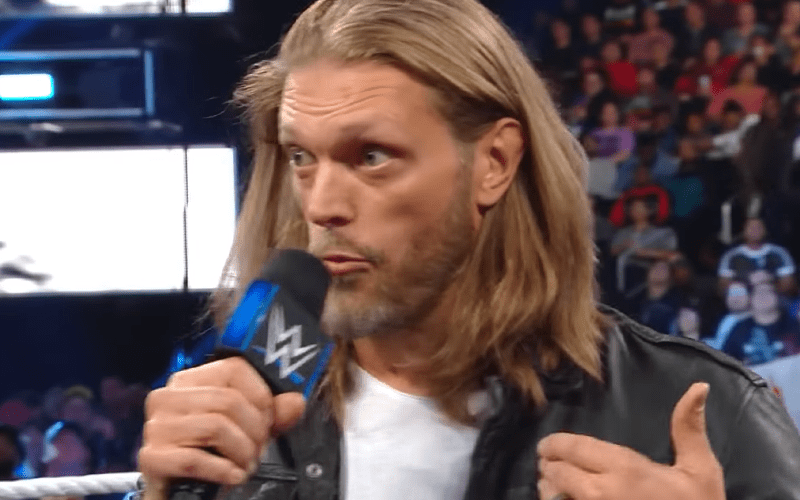 Rumors about Edge’s WWE return are still circulating online, but he’s here to seemingly squash them yet again.

The Rated R Superstar posted a pictured of his daughter to show that he is not in Houston before the Royal Rumble. He claims to be at home in Asheville, North Carolina being a father.

Mom is at work and Dada and the girls are having an Octonaut Pizza party. Ruby is still mastering the mask. Cape and masks courtesy of a certain Psycho Killer. That sentence is very odd. I occupy a strange corner of the world. Thanks @nxtciampa

WWE has surprised fans before with big Royal Rumble moments. Ronda Rousey even orchestrated videos to go up making it appear she was in Colombia before her big Royal Rumble debut. Let’s see if Edge used some of the same tactics.