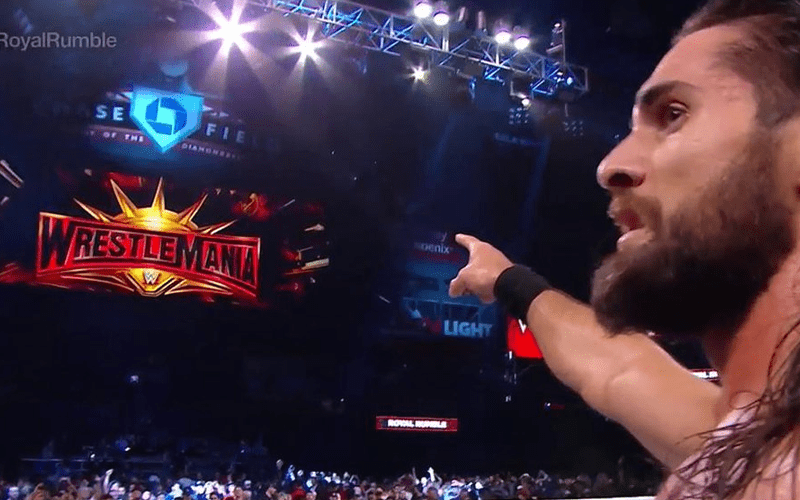 The Royal Rumble is going down in a matter of hours which means someone will end the night pointing at the WrestleMania sign. This is apparently not something WWE tells them to do.

While talking to BT Sport, Triple H claims that WWE doesn’t direct their Superstars to point at the Mania sign. This is very interesting especially considering how practically every move a Superstar does is tightly scripted.

Odds are whoever wins the Royal Rumble matches at the big event in Houston will end up pointing to the WrestleMania sign. According to Triple H that’s just something the Superstars do on their own now.