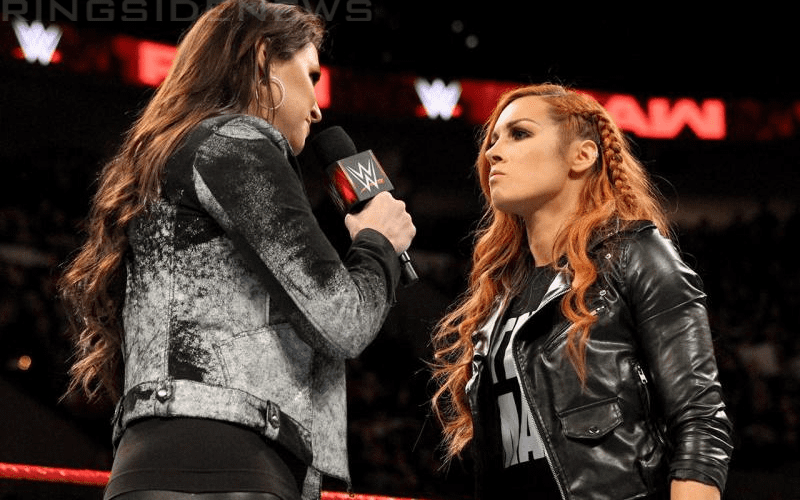 Stephanie McMahon doesn’t wrestle very often, but she’s known to take a bump at the show of shows.

Becky Lynch took some fan questions while she was waiting at WWE Backstage. One of those fans asked The Man if she owes Stephanie McMahon a receipt. That brought a very interesting response from the RAW Women’s Champion.

There was a report that WWE wanted Stephanie McMahon vs Becky Lynch to happen. It was pegged for Summerslam, but they obviously went a different direction.

With the road to WrestleMania starting this Sunday you never know if the Billion Dollar Princess might get back in the ring for a program with The Man.