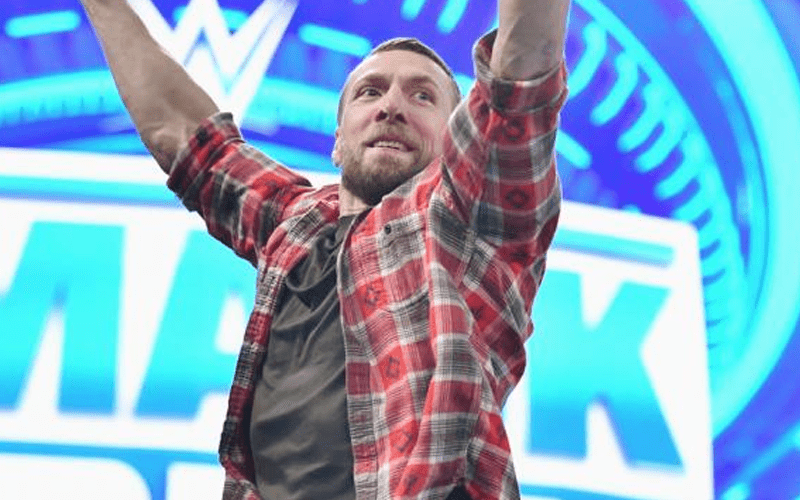 Daniel Bryan really cares about the environment. That was not a fake part of his gimmick at all.

WWE asked Bryan to stop talking about the environment. They said it’s a political issue. To Bryan, it’s about science and it’s fruitless to try and avoid the truth that the planet needs a champion.

My San Antonio recently spoke to Daniel Bryan where he revealed that his WWE merchandise will soon be more eco-friendly. He didn’t specify if anyone else was getting a recycled materials treatment, but his merchandise will find a way to give back.

“Actually, I’m working with the WWE and its merchandise team. In that whole run, while they did make a Daniel Bryan ‘Planet’s Champion’ T-shirt, I never wore one to the ring. One of the things I’ve always felt very guilty about is the amount of stuff that I’ve specifically sold to people, and I’ve never done it with the intention of, ‘Oh, I want to sell all these things.’ It’s just part of what you do. It’s like, OK, you wear your shirt to the ring, so that people see your shirt and buy it. Well, this was a good opportunity for me to be like, ‘Oh, no, I shouldn’t wear a shirt to the ring, because I’m the planet’s champion.’ And that’s one of the things that I can criticize other people for — they’re just out there for other people’s money.”

“Now that I’m a good guy again, they’re like, ‘Well, we’d really like you to wear a shirt, and let’s get back to making T-shirts for you again.’ I was like, ‘Well, I don’t really want to do that.’ And so now I’m working with them about that, and the next Daniel Bryan shirts are going to be made out of recycled materials. And I think five plastic water bottles will be used for every shirt. So they’ll be made out of plastic water bottles and recycled materials and that, to me, is cool, and that’s something that’s a good-guy thing that’s also kind of environmentally friendly.”

We’ll have to see what kind of merchandise WWE is able to roll out for Daniel Bryan down the line. It wouldn’t be a bad idea for WWE to take a stance and start making an effort toward eco-friendly practices. After all, we only have one planet and it’s better to be safe than sorry.