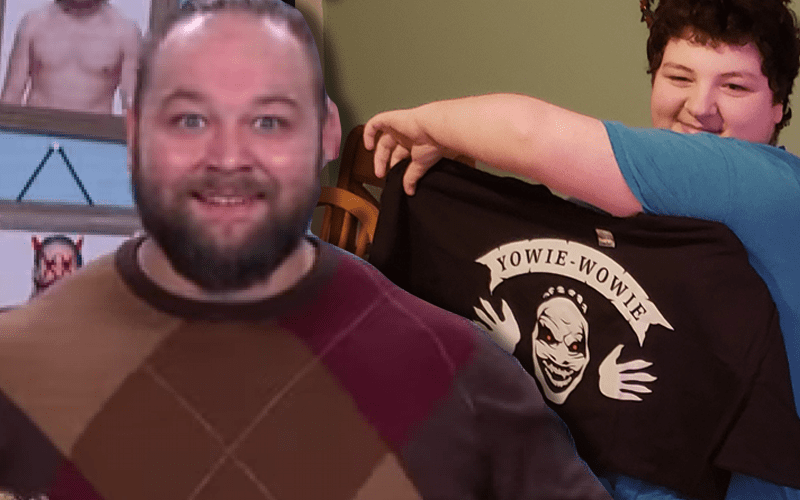 The world can be an awful place, but Bray Wyatt is doing what he can to fix one terrible situation.

The WWE Universal Champion saw a message from a mother on his timeline. She has an autistic son who was attacked by another kid at school. His WWE Pop Socket was broken and someone cut his Bray Wyatt shirt up with scissors.

This was a terrible incident that should upset anyone that this kind of thing could happen.

@WWE @WWEBrayWyatt my boy was attacked by another student at school. His wwe popsocket was broken and his bray wyatt shirt was ripped by the kid cutting him with scissors. He’s tougher than a bully #autism #autismfamily #wwefan

We assume that her son received his Fiend shirt for Christmas. You can see his reaction receiving that shirt in a tweet below. Now bullies have cut up that shirt.

Bray Wyatt replied saying that he’s got his back. “DM me size and where to send it. Tell him I got his six”

The Fiend might be a scary character, but then man behind that mask is a great guy.