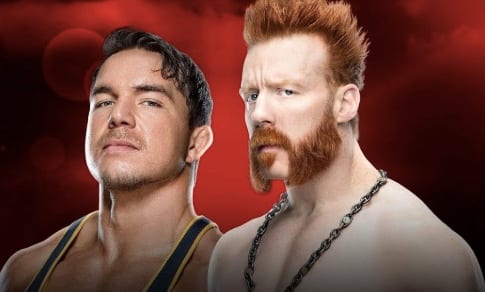 As seen on Sky Bet, the betting odds for Sheamus vs Shorty G at the Royal Rumble have been released.

The return of Sheamus has been met with mixed reviews by many fans in the last few weeks, whereas with the man formerly known as Chad Gable, it’s safe to say that just about everyone thinks WWE has made a mistake with the way they’ve booked him as of late.

Either way these two men will be squaring off in Houston, probably just a matter of hours before they both enter the Royal Rumble match itself.

In terms of the odds themselves, it won’t come as much of a surprise for fans to learn that The Celtic Warrior is the overwhelming 1/8 favorite to win the match. Gable, aka Shorty G, is a distant 9/2 underdog to pull off the upset.

There’s nothing wrong with a David vs Goliath type of storyline like this one, but for the sake of both men, we just hope they’re given the time to really impress the WWE Universe on Sunday – as opposed to being thrown onto the kickoff show with five minutes to work.

Neither man really has a chance at winning the Rumble itself, although Sheamus always does seem to do pretty well in the concept.

Still, this match is where they’re going to get their biggest ‘shine’ of the evening, and they’ll want to leave it all out there in front of a crowd that is set to exceed more than 35,000 in Texas.