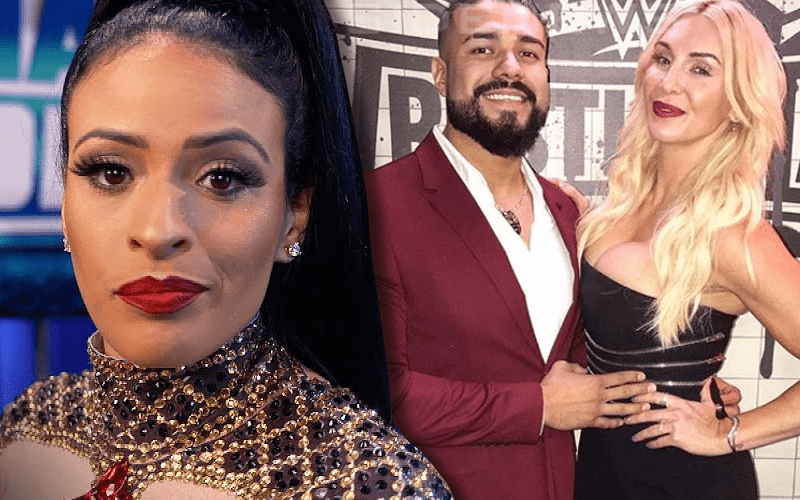 Charlotte Flair and Andrade are with each other all of the time off screen. When they’re on camera they have much different roles to play and have been kept separated in WWE.

While speaking to Seconds Out, Charlotte Flair was asked about possibly replacing Zelina Vega. She wouldn’t want to do that right now because Andrade’s trajectory with Zelina Vega is so good.

“His career with Zelina and where they’re going… [shakes head]… maybe in the future, down the road, but not right now.”

Vega was able to help Andrade really find himself in NXT. That recipe is working on the main roster so Charlotte Flair sees no reason to try and change things at this point.