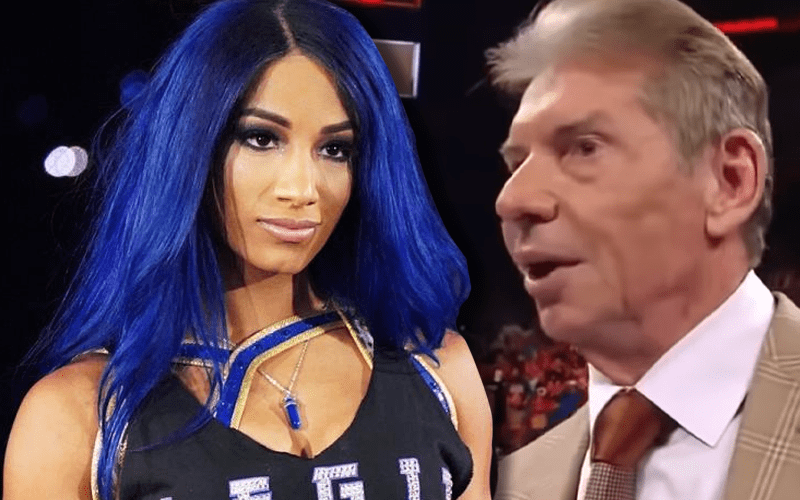 Sasha Banks gets to travel the world as a WWE Superstar. She entertains fans all over, but the person who matters most to her sits in the Gorilla Position.

The Boss just tweeted out in true heel fashion that she’s met a lot of people through WWE. Her favorite by far is Vince McMahon himself.

Sasha Banks is #Blessed. She also hasn’t wrestled on television for a bit while using one reason or another. She hasn’t been confirmed for the Royal Rumble match so we’ll just have to see if her favorite person Vince McMahon will figure out something for her to do.