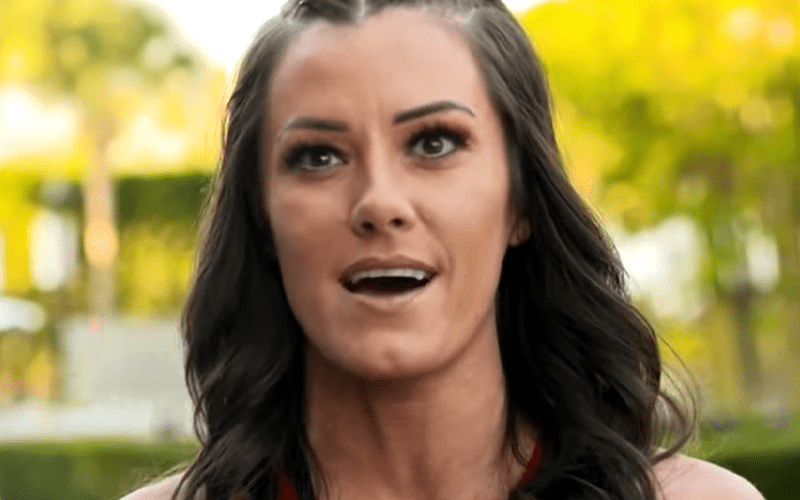 Kacey Catanzaro made a return to WWE NXT last week as part of the women’s battle royal main event. She didn’t win, but fans was excited to see the former American Ninja Warrior return.

The WWE Performance Center uploaded a video called: “Welcome back, Kacy.” She performed at the NXT house show in Melbourne, Florida recently after her comeback. Now she’s back and ready to continue.

“Being away the last few months it’s been crazy, it’s been weird. A little bit normal like I never left and then a little surreal to be back here. A lot has changed, but one thing that hasn’t changed is that Kayden is still by my side so that’s good.”

She needed to figure out if WWE was the right path for her. She had her own way of getting to WWE and it wasn’t her life-long dream.

“I know that this is really difficult to get into. This is people’s dream since they’re born, but for me it wasn’t what I always wanted to do. I had my own path through. I had gymnastics. I had American Ninja Warrior. Those were my kinda forever dreams and I think that coming into something new like this it is fair that you have moments when you’re not sure. I think physically and mentally I needed to step away.”

Kayden Carter said now that Kacy Catanzaro is back it seems like their tag team is back together. We’ll have to see if they make an impact on WWE NXT soon enough, but Catanzaro’s WWE PC family was certainly glad to have her back.