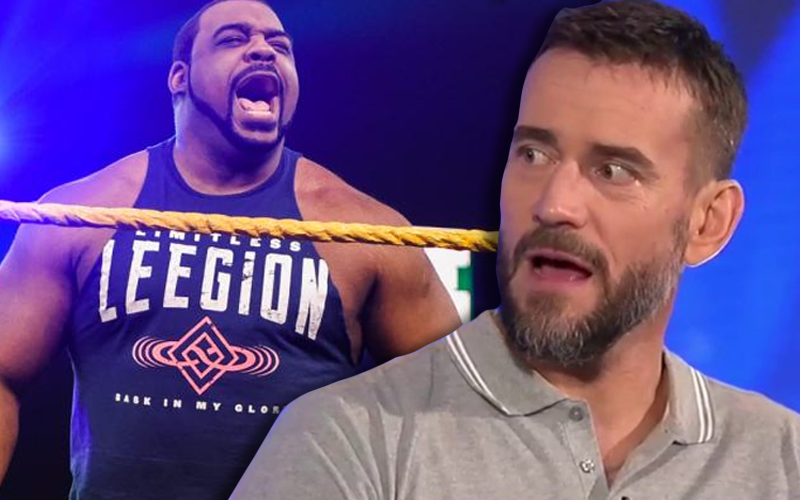 CM Punk said on WWE Backstage that there is a difference between who he thinks should win the Royal Rumble and who is going to actually win it. He didn’t reveal who he thinks will win, but his favorite is an NXT Superstar.

Punk explained his reasons why Keith Lee should win the Royal Rumble match this year. The Second City Savior had some really good reasons for making this decision as well.

“Keith Lee from NXT should win the Royal Rumble. He had a tremendous showing at Survivor Series and, to me is a big fish in a little pond right now. Not to say that NXT is little by any means. I think you need to follow up on things like this. You strike when the iron is hot. You saw the little moment that he had with Roman Reigns [at Survivor Series]. I think you need to follow up with it here. I think he needs to chuck Brock over the top rope and win that whole thing.”

Paige wants Otis to win the Royal Rumble match. She likes the little tongue tornado that he does. CM Punk had much better reasons for picking Keith Lee.

The Limitless Lee is incredibly over right now and his charisma is one of a kind. It might be wise for WWE to strap a rocket to Keith Lee, especially after Roman Reigns gave him so much respect during Survivor Series.

Keith Lee had a pretty great reaction to this vote of confidence from CM Punk.