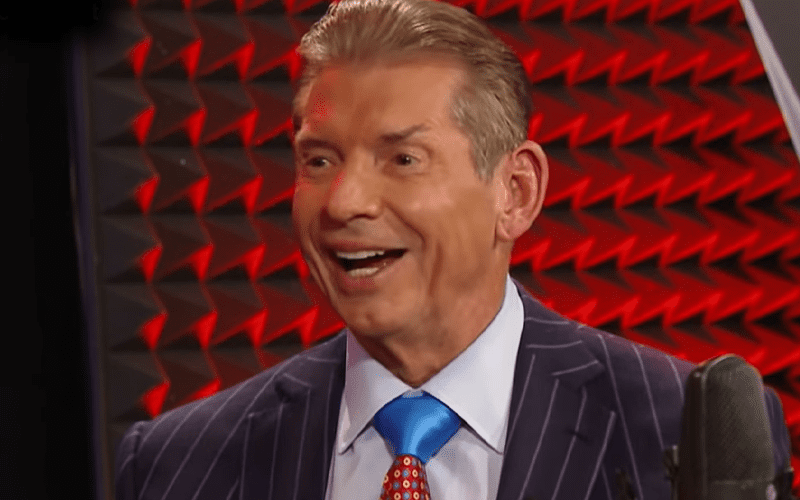 Bullying is getting a spotlight in the pro wrestling business once again. Tessa Blanchard’s situation has caused a lot of fans to pay attention to this subject that was previously assumed to be a part of any backstage atmosphere.

Ribbing and pro wrestling go hand-in-hand much like WWE is associated with Vince McMahon. Apparently, The Chairman is not immune to teasing his own employees and independent contractors.

Former WWE writer Jensen Karp recently appeared on Swing & Mrs. He told a very interesting story about how Vince McMahon deals with people who fall asleep on his private plane. He throws nuts at them. This was apparently the kind of bullying that kept Karp on his toes.

“And I don’t know if this is my fault, I don’t think it is… But the first few times I would go on the private plane, I would see Vince throw almonds at people who fell asleep,” Karp revealed. “And Vince was very nice to me so I shouldn’t have put together that almonds were going to hit me at some point, although they probably would have. He was sweet to me, but at the same time I was so nervous to have almonds thrown at me or any bullying because I wasn’t a bully. I was the opposite; I was being bullied. So I was so nervous to be on that plane that I never fell asleep on it.”

Vince McMahon famously said that his favorite thing is the look on someone’s face right before they get thrown in a pool with all of their clothes on. His sadistic humor is legendary and as time goes on perhaps we’ll find out a few more specific things that Vince McMahon gets a kick out of doing to others around him.