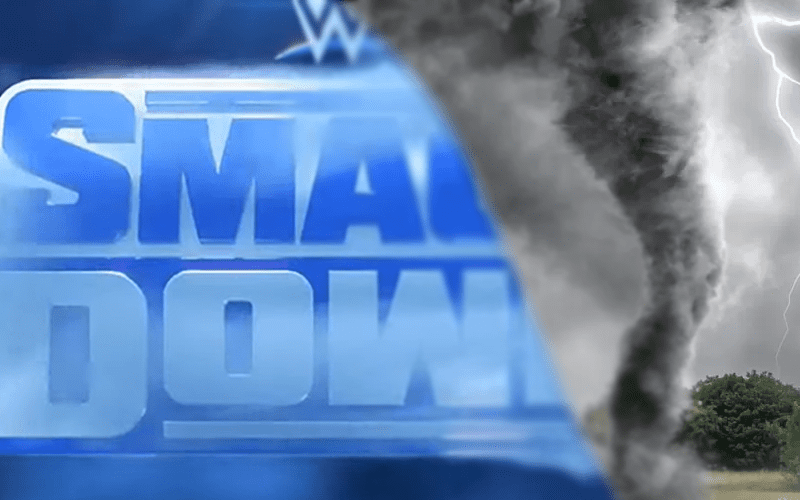 WWE depends on their television ratings as a way to show how many people are watching. It also matters a lot for advertisers. Last week’s SmackDown rating was a bit inflated thanks to mother nature.

Dave Meltzer said on Wrestling Observer Radio that last week’s viewership number for Friday Night SmackDown was huge in the Dallas and Houston area. There were so many people watching because the blue brand’s show was preempted for special coverage tornadoes that were in the area.

“There were about 40 minutes in Dallas that did ridiculous ratings which brought the whole national average up, but it wasn’t SmackDown, it was coverage of tornado warnings.”

“I just saw these ridiculous numbers in Dallas, Texas and Houston and I asked about it. I was like this isn’t making sense and that’s what happened, it wasn’t wrestling.”

SmackDown took the viewership even though the show actually on the air was live coverage of nearby tornadoes. When the final rating was figured out on Tuesday out those numbers went away, but they did go to boost the initial overnight national rating.