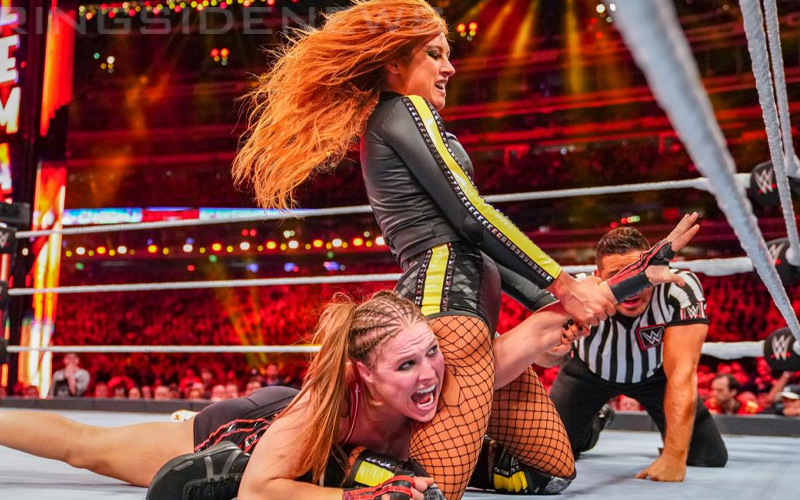 Becky Lynch won the main event at WrestleMania, but she didn’t win via submission. This is a regret for her.

Ronda Rousey took off after WrestleMania, but The Man told Sports Illustrated that she wishes that The Baddest Woman On The Planet would have started her hiatus from WWE by tapping out.

“If I could change anything from WrestleMania, I would have tried to freakin’ sink on that arm bar. Make Ronda Rousey tap out for the first time in her life.”

We’ll have to see if Ronda Rousey will make a return to the ring. The Royal Rumble is coming up soon which will start another road to WrestleMania. It stands to reason that Rousey might make a return sooner than later. When she does Becky Lynch might have an opportunity to really sink in that armbar.