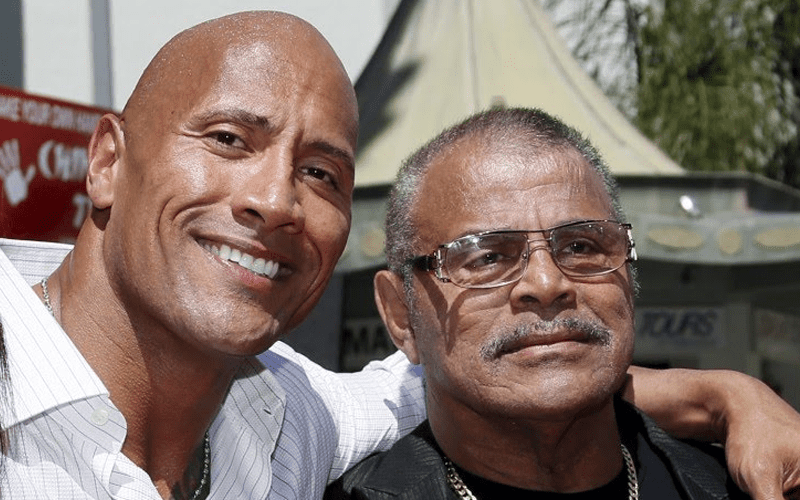 The Rock lost his father this week. Rocky Johnson meant so much to millions of people all around the world whether they realized it or not. He was a trailblazer and stood as a benchmark for future generations to follow.

Now Dwayne Johnson is dealing with the loss and he shared a special video thanking fans for their support through this difficult time.

“My heart is so full of gratitude, deep in my bones, in my constitution, my wiring, my heart, and my mana for the outpouring of love. The support, the well wishes, and condolences you have sent me and my family during this time, you have lifted my spirits in ways that I hope you can imagine.”

The Rock then went on to explain the events that surrounded his father’s death. As Brian Blair previously stated, Johnson passed away due to complications after a blood clot.

“A lot of you wanted to know what happened to my dad. He had not been feeling well. Been battling a cold, an infection. On Tuesday he had a deep vein thrombosis, which is essentially a blot clot in the leg, a big ol’ blood clot. It broke free, traveled up his body and went right to his lung. It clotted his lung and he died very quickly from a massive heart attack. According to the medical examiner who performed the autopsy, it was clear, very evident of what had happened. My question was, ‘Was he in pain? Did he go quick? Was it drawn out?’ He said, ‘He went fast. He went quick.'”

Our thoughts continue to go out to The Rock and his entire family. This was a very difficult time of loss, but there are sure to be brighter days in the future.