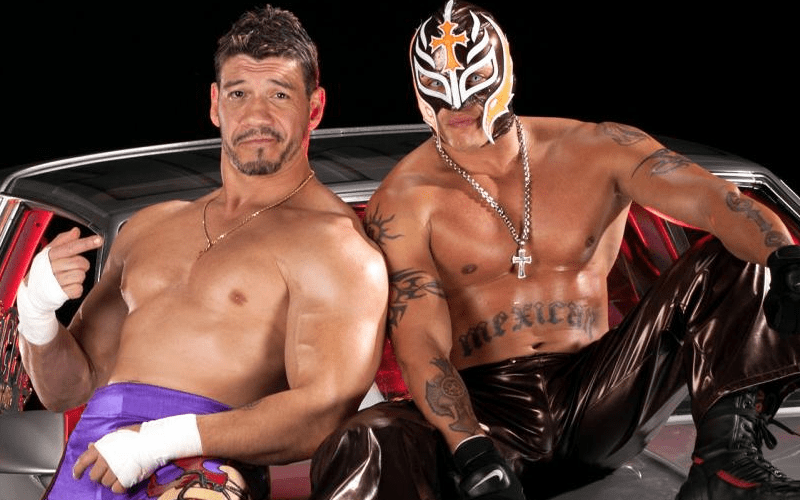 WWE has a lot of stories in their rich history. Eddie Guerrero and Rey Mysterio’s history is a very touching story of friendship and dedication.

Rey Mysterio and Eddie Guerrero’s rivalry and friendship will be the focal point of a new episode of WWE Untold, streaming tonight at 8:00 PM EST on WWE Network.

Eddie Guerrero passed away on November 13, 2005. His close friend Rey Mysterio won the Royal Rumble in Eddie’s memory on January 29, 2006.

Rey Mysterio dedicated his Royal Rumble win to Eddie Guerrero. This looks like it will be a documentary that will certainly tug on the heartstrings a little bit.