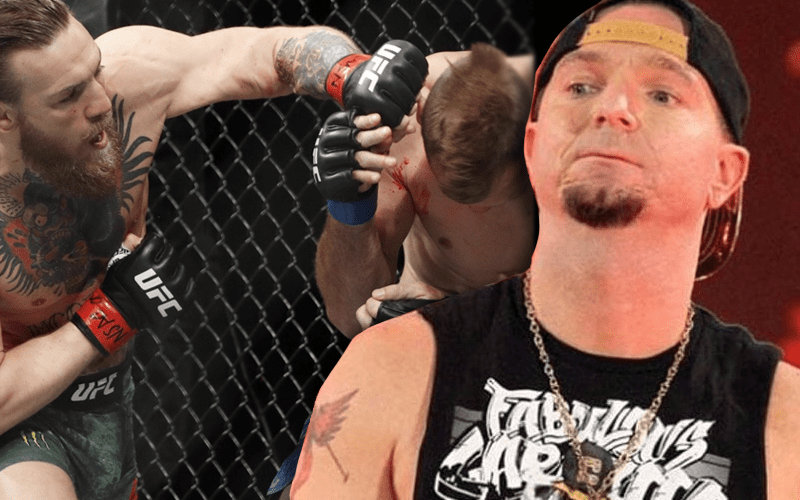 Conor McGregor vs “Cowboy” Donald Cerrone went down last night at UFC 246. That highly anticipated fight did not last long at all.

After it was all said and done, Cerrone lost to McGregor in about 40 seconds. A lot of people had something to say about this fight including James Ellsworth as he tweeted out:

I lasted longer with Braun!

James Ellsworth famously lost an enhancement match to Braun Strowman that eventually saw him become a WWE Superstar. That was a big moment in his career to lose on such a big stage. The opposite might be true for The Cowboy.