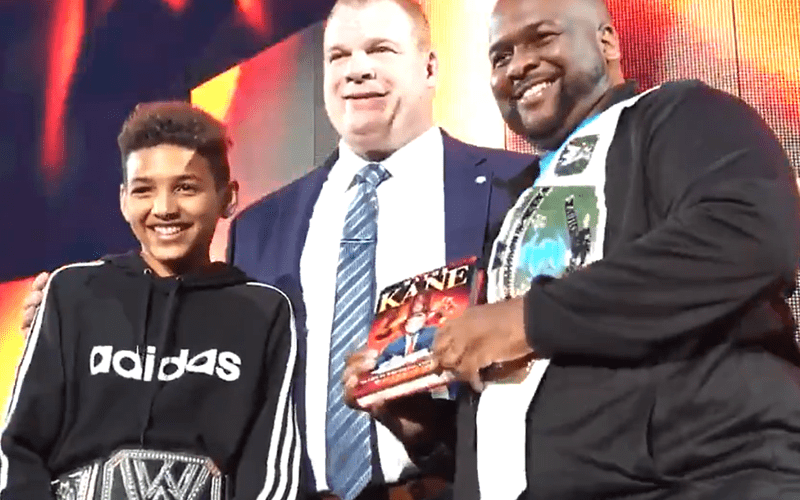 Kane returned to WWE Friday Night SmackDown this week to help out his old buddy Daniel Bryan. The Mayor Of Knox County, Tennessee didn’t wait long for his next appearance at a WWE event.

WWE rolled through Knoxville, Tennessee and Kane showed up. Fans in the building were his constituents as they cheered for their Big Red Mayor.

Two fans won a once-in-a-lifetime opportunity a they became social media Superstars. Then Kane came out to present them with some prizes including a copy of his new autobiography.

Kane wasn’t in his ring gear. Since he was in Knoxville the fans are used to seeing him in his Mayor attire. It was still a great surprise for the fans in Knoxville.