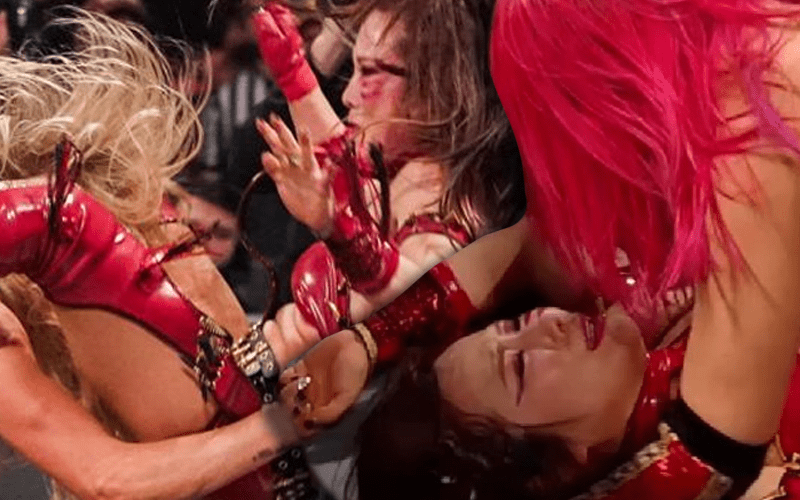 Kairi Sane returned to action last night at a WWE house show. She was injured at WWE TLC in the main event match. Charlotte Flair had a lot to do with that injury, but she didn’t know the Pirate Princess was hurt during the match.

It wasn’t until later when Becky Lynch discovered Sane was hurt that she rolled Kairi Sane under the ring to protect her from further injury.

While speaking to Talk Sport, Charlotte Flair discussed how difficult that situation was. She didn’t know what was going on and there isn’t much time to discuss things in that environment.

“It didn’t in the moment. I guess, everyone—how they felt afterwards is what made them feel different. In the moment, it was more—it’s a tough spot. It’s the main event of a brutal pay-per-view and everyone has already seen Tables, Ladders and Chairs.”

“And the pressure of us delivering that, with a weird dynamic seeing me and Becky tag? To me, me and Becky tagging is more what I was thinking about. How does that come across and how our characters should be interacting on television. How do you go from this [indicates high level] to all of a sudden, ‘They’re tagging?’ We had the ‘Let’s fight the enemy because we have a common enemy’ [mentality].”

Thankfully, Kairi Sane is okay and is now wrestling again. The day after WWE TLC some fans were worried that things were very bad with The Pirate Princess.