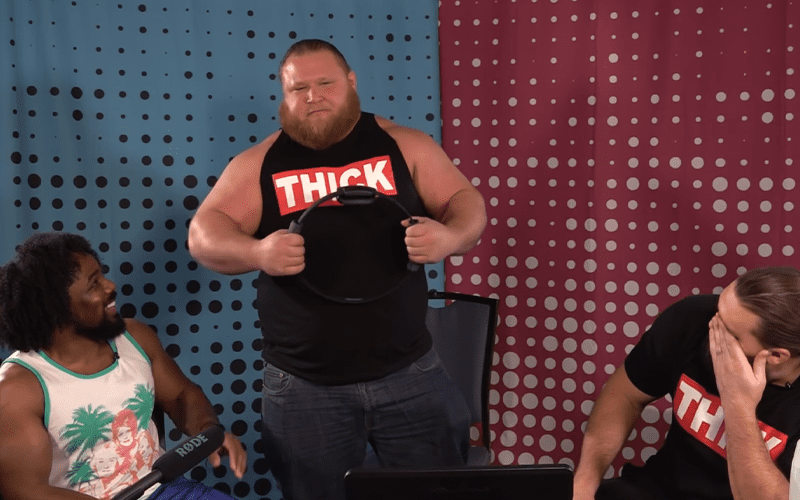 Xavier Woods’ Up Up Down Down YouTube channel is still going strong and the New Day member is able to give it even more attention since he’s dealing with an Achilles injury.

Heavy Machinery recently stopped by to take part in an on-going challenge that he has going on his channel. Nintendo introduced a new peripheral for the Switch last October called Ring Fit and the benefits of resistance training is now a part of gaming.

Woods had Tucker and Otis on the show to challenge each other with the exercising action-RPG game. It was quite interesting to see how this video game accessory gave these Superstars a workout.

That ring is pretty sturdy too because it was withstanding everything Otis had in him.

They put in some real work and felt the burn trying to top each other’s scores. Woods pulled off a pretty impressive number which even topped Ceasro’s effort who appeared in a previous episode.

During this episode they even suggested to keep a Nintendo Ring Fit around backstage for a quick pump up. You can check out the video below or click here if you’re having problems viewing it.