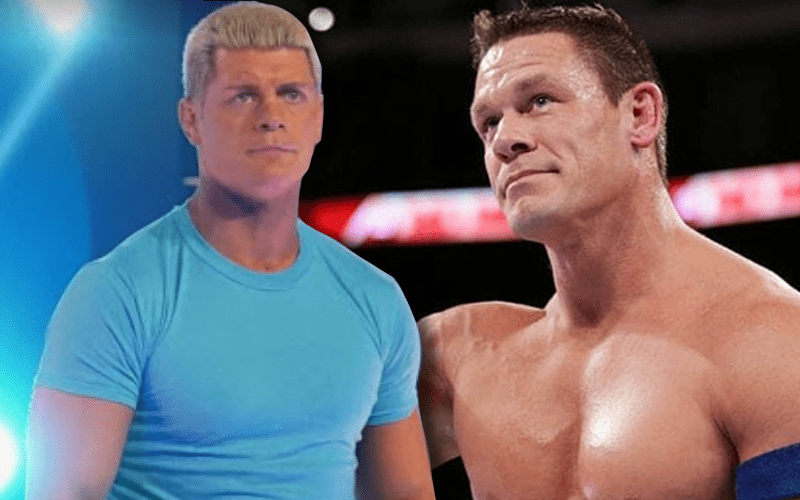 Cody Rhodes recently had time for a Q&A and he took on a few questions. One of his answers gave him a chance to put over John Cena.

A fan asked The American Nightmare: “Who would you say is the best babyface in recent years, or who is the babyface that you originate your work from?”

Cody Rhodes knows exactly who he sees as the “standard” for him. After explaining that 2020 is a much different time for pro wrestling he put over John Cena for being able to transcend the pro wrestling business to become a legit hero for millions of people.

In 2020 you can’t be a bad guy and be a good guy. It’s see through. You have to be unwavering in your moral code, how you act when folks aren’t looking, and you have to be self aware…

Cena is kinda’ the standard in transcending a pretend hero to being a real one for millions.

John Cena will very likely never appear during an AEW event, but Cody Rhodes still had to give him credit for everything he’s done. It isn’t about who you are when people are paying attention, because it’s what you do when nobody is looking that matters the most. Cody Rhodes understands that and apparently so does John Cena.