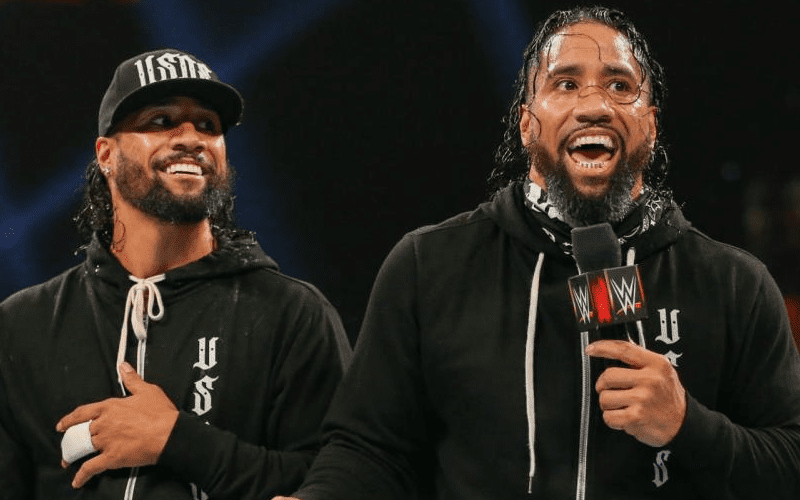 The return of The Usos has been welcomed by the masses as they continue to cement their status as one of the biggest and best tag teams of their generation.

While some fans will still want to see them head off to the likes of New Japan or All Elite Wrestling in order to have some dream matches, they seem to be much better suited in WWE which is a place they’ve called home for well over a decade now.

In that time they’ve had some truly world class tag team bouts, with many of them being contested alongside The New Day.

After looking back and reminiscing about those days, it seems as if Jimmy & Jey are entertaining the idea of stepping back into the ring with their biggest rivals.

Whether or not WWE would be eager to do that remains to be seen, mainly because we’ve lost count of the times that they’ve fought each other across the last few years alone.

Even with that being the case, though, nobody can deny the chemistry that they share between the ropes. They’ve always been a step above the rest of the pack and while a few more teams have been able to rise up in The Usos’ absence, they’re almost certainly still one of the most talked about teams on the planet.

The next focus for them will be the Royal Rumble as their own road to WrestleMania begins, which they hope will end with them receiving some sort of tag team title match.