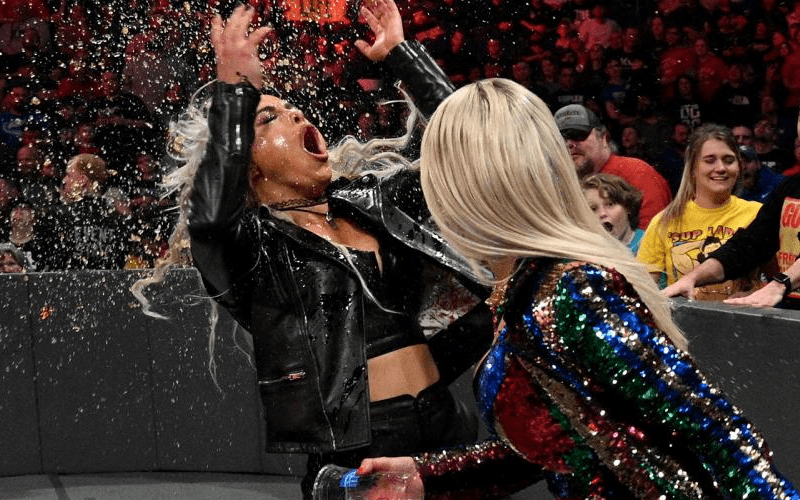 Liv Morgan did not lead Rusev to the ring this week before his match against Bobby Lashley. She did make an appearance.

Morgan stomped down to ringside during the match and confronted Lana. Then the Ravishing Russian tossed a cup of soda on her alleged lesbian lover. After taking a bath in carbonated beverage Liv Morgan commented on the situation as it left a lasting impression on her.

On a side note, Lana totally ruined soda for me.

Now Liv Morgan will have to choose a different drink other than soda. It’s a good thing that WWE stocks catering with a wide array of beverage options. As Morgan’s angle carries on during Raw she ideally won’t be spending as much time in catering anyway.