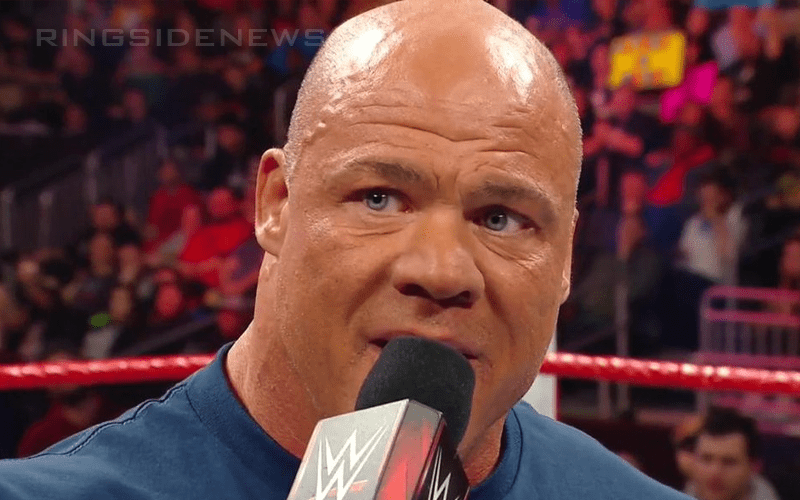 Kurt Angle is a WWE Hall Of Famer who had tons of amazing matches inside the squared circle. That time in Angle’s career is over now, but he still misses it.

While speaking to Chris Van Vliet, Kurt Angle revealed the toughest part of being a WWE producer. He has to sit backstage and watch current Superstars do their thing while wishing that he could still go out there and compete alongside them.

“The hardest thing now is letting the young guys step in and have the place that I had. Until you get older you can’t understand. You wanna be those guys, but you can’t. It’s like with anything, football – Deion Sanders you don’t think he’s not thinking about it in the booth when he’s commentating you don’t think he doesn’t think about getting back out there?”

“Deion could probably do it still, but for the most part when you get older you lose that ability to have world-class athleticism and be able to display it the way you want to. So, if you can’t be the one you want to then it’s not worth doing.”

Kurt Angle said in 2013 he realized that he might have “lost a half a step.” He was without drugs and alcohol trying to maintain his body on his own. “My body just started to age very quickly,” he said. It could have been the painkillers as he admits, but now “I’m feeling every bit of pain I have.”