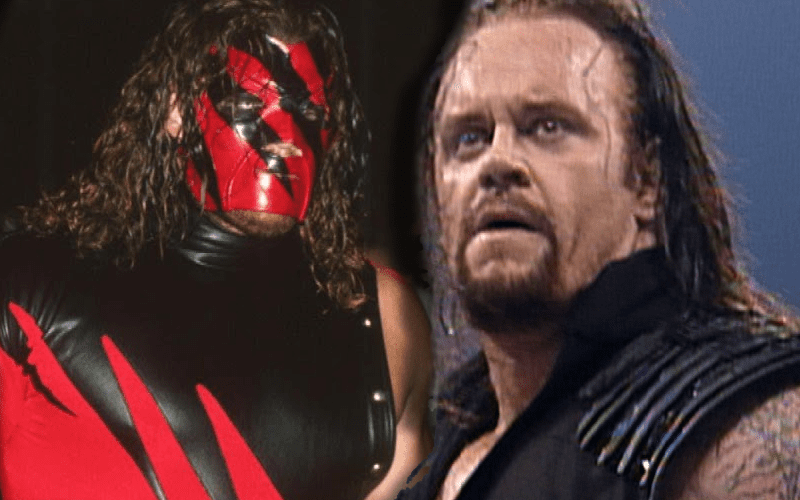 The Undertaker knows how to do business. He saw something in Glenn Jacobs even when he was portraying an evil dentist character. That is when he had a “come to Jesus” moment with the man who would eventually become his brother.

While speaking to the Broken Skull Sessions, Kane revealed that it was The Undertaker who pulled for him to stay in WWE. He always had his back. If Taker wanted Kane’s angle to only be a one-off appearance then it would have been that way as well.

“Throughout the Kane storyline if The Undertaker would have decided that’s all I want, I want a one-off, that’s all it would have been. He was the guy that pushed everything. I mean, if someone didn’t want to do business all I literally had to say was ‘Well, you can talk to Taker about it’ and that was the end of the conversation.”

“He always had my back and I knew that. We had conversations where ‘So and so wants to do this,’ and he’s like, ‘Well, it’s up to you, but I wouldn’t.’ I’m like, ‘Okay I’m not going to.’ All that stuff and then the Brothers Of Destructive, the actual tag team and everything.”

The Undertaker obviously realized how much money he could make battling Kane and then later teaming with him. The name “Brothers Of Destruction” brings an image of The Dead Man and the Big Red Machine demolishing their opponents. It would have never been that way unless The Undertaker wanted it to happen.