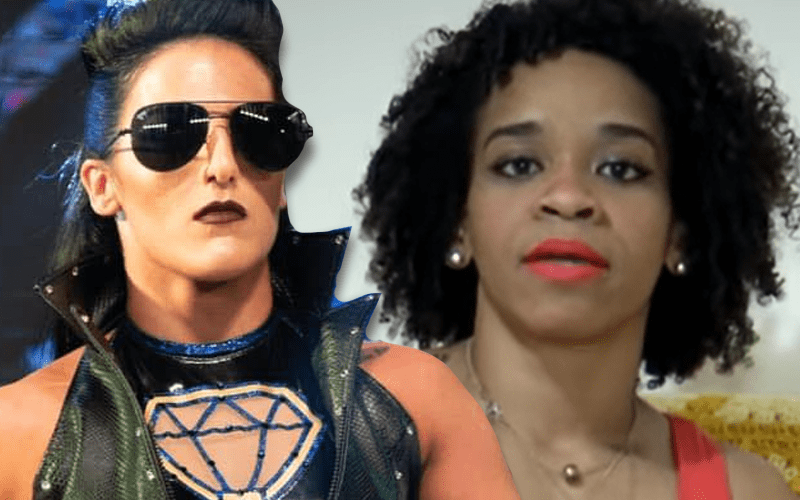 Tessa Blanchard was the center of a huge controversy on the same weekend when she won the Impact World Title. Allegations of her bullying came out and the heaviest claimed she spit in a black woman’s face and called her the N-Word.

It was later revealed the person who Blanchard allegedly assaulted in Japan was La Rosa Negra. She later confirmed this story.

La Rosa Negra is now speaking about this incident and opened up in a big way to Contralona TV. She said that people have been urging her to come forward about this incident since it happened. She said her solution to this problem was just to forget it even happened until it was brought up this weekend.

“When I saw those tweets, I was in shock and impressed because, since 2017, people have been pushing me to speak about something that isn’t necessary. I don’t like to talk about my personal life. I like to keep myself private. Reading all of those fellow wrestlers’ tweets that supported me and reading their names, it surprised me. And reading the non-wrestlers’ comments, I said ‘I have to do something.’ Because it isn’t how it says it was. Maybe people took it wrong. I don’t want to be overexposed with this. The female wrestlers know what really happened and why I didn’t say anything. Now, I want to clear things up.”

“Working in the U.S. and Japan, I didn’t disrespect anybody – no female wrestlers, promoters, sponsors, or any fans. That’s not me. People who know me know how I am. Everywhere I’ve worked, they can tell you how I behave. I don’t like to talk mean about people. I was there supporting people that helped me or didn’t. I don’t expect to receive any apologies. It’s not necessary. I erased what happened. I gave it to God.”

“It saddens me that racism, envy, and bad things exist in sports, it will always be there. As adults, when something bad happens, we can resolve things by talking. There’s always a solution. Mine was to forget what happened on that day in April of 2017 in Japan. I think this was a good experience for me because now, I know I have a lot of backup. It’s impressive. I didn’t know so many people knew about the situation until the Twitter thing. I feel fulfilled. I feel tickled. Nothing will dull everything that I have achieved alone.”

There was some thought that Impact Wrestling might have changed the result of Hard To Kill following this scandal. That did not happen and Blanchard won.