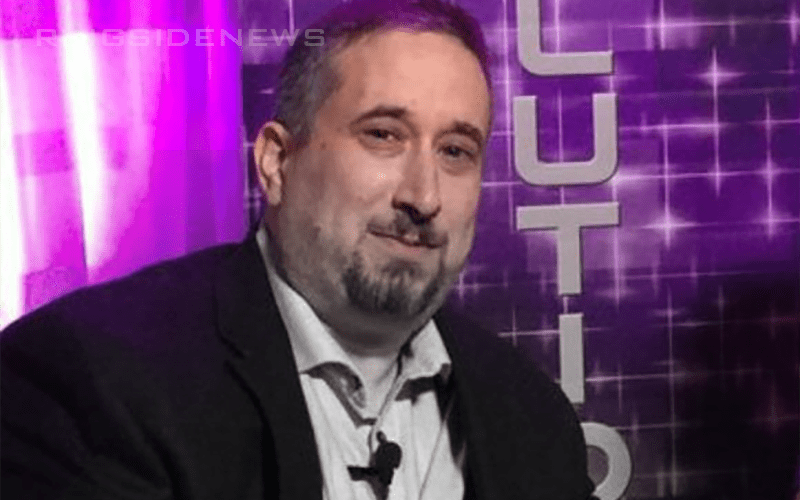 EVOLVE owner Gabe Sapolsky was recently accused of not paying his wrestlers and making them work in less than desirable conditions. Now Sapolsky is speaking out about this.

In a slew of tweets, Gabe Sapolsky answered back to David Starr’s many accusations. In the process, Gabe also outed Starr while exposing tons of other things that Starr might not want discussed in such an open forum.

He doesn’t give a damn about wrestler pay. This is all an act. If there was an ounce of sincerity in any of this I would pay attention to it. It’s also not factual and all in broad strokes.

Max Barsky, AKA David Starr, emailed me relentlessly to be in EVOLVE a few years ago. I gave him a shot and he ignored booking instructions. This is among the other shots he had, which he failed at. I was on the fence about him, though.

Max Barsky, AKA David Starr, was then involved in a social media scandal with a female fan. I valued this fan and Barsky came off as a total scumbag so his chance of being booked was basically zero.

In addition, I’ve had numerous talents complain to me about Max Barsky, AKA David Starr, stiffing them, giving them concussions and then actually blaming them for these accidents. I watched his heralded match with WALTER where he selfishly no sold to get himself over.

This isn’t even the match where he went into business for himself and stepped on the UK title. So there is no chance I’ll ever book Max Barsky. In fact, it’s known he had to move to the UK to get full-time work cause he failed at his PC tryout, at Impact and at ROH.

Why AEW isn’t interested in him I don’t know. Maybe they are. Add to this the embarrassing and offensive picture of Max Barsky taking a selfie crying at a Holocaust memorial and I was finished with him.

Max Barsky can only stay in the headlines and relevant by creating controversy. He knows he’s never going to work for me and most likely anything I’m associated with. If he was truly interested in wrestler pay he has my email. He could have emailed me to discuss things.

He wants headlines. He lies to get them. He stretches the truth. He exaggerates. He uses terms like “Fraud” about me when a simple Google search or seeing what Meltzer reported would show there is no basis. He plugs his shirt saying I “reportedly” told talent not to where it.

Reported where? By who? This is a carny shirt plug. I had getting dragged down in this as I try to stay away from negativity but now he’s pushed too far and I need to get the truth out there.

We promote 2 shows a month in different markets. No indie does this. I negotiate all terms at the time of the booking. If I can’t meet a wrestler’s price, I understand and it’s business. I don’t expect any deals. If they can’t work for what we pay, I understand & it’s business.

It’s how I’ve been doing this since 2002 while everyone else has come and gone. It’s how I am in the position I am now. We deliver everything we promise if there’s 6 paid tickets at Style Battle or whatever.

We have a unique stage and I want to give as many people the opportunity as possible to be on it. So yes, there might be 1-3 spots we don’t pay for on a show. These are spots that are all over budget and otherwise wouldn’t exist. They do not take spots from paid wrestlers.

When I offer these spots I see the looks of excitement on people’s faces for this opportunity. These are not established talents. These are talents I want to get to know. If they make it through this tryout, they are always paid. I understand if you might disagree with this.

I feel it is important to give these opportunities, but if public outrage is so much I’ll kill these spots. It’s all the same to me honestly. I just love giving talent opportunity, watching them grow and watching them make money. It is my passion.

Anyone who sticks with me past a couple of months will tell you how passionate & caring I am for the talent. We take all the safety precautions we can from EMT and ambulance to making sure the ring is clean. Yes, these should be standard so I’m not looking for a pat on the back

I’ve worked too long and hard and been through too many bad times to let Max Barsky grab headlines at my expense. I realize I’ve done everything I’m swore I wouldn’t hear but him starting this assault is too much.

I’m sure Max Barsky will come back with a lot more lies and half truths or no truths or flat out BS. He’s a piece of garbage and I’m not the only one who feels that way. He’s a scavenger and a rat looking to exploit whatever he can to stay relevant.

Finally, while I am ashamed at myself for even tweeting this thread and contributing to the negative Twitter culture, I’ll close by saying there’s a lot more to issues and things than the headline you read in a 180 character tweet. Try to get the real story.

We’ll have to hear if David Starr has anything to say in response to these tweets. Gabe Sapolsky didn’t hold anything back with his reply.