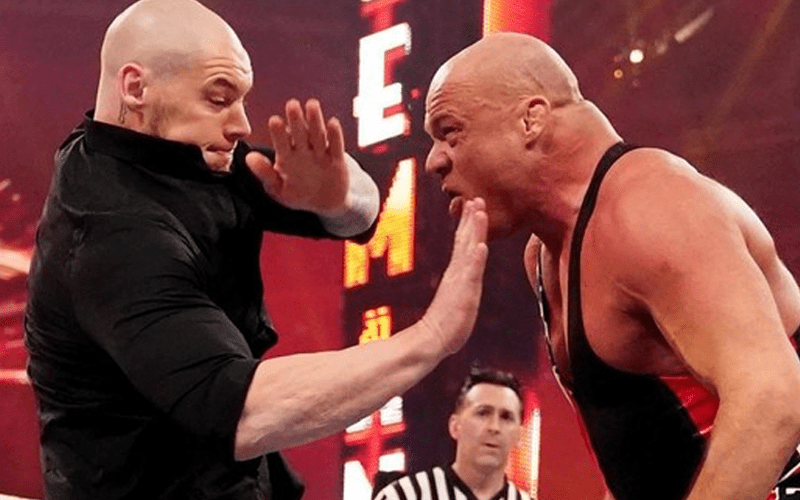 Kurt Angle’s retirement match was not originally supposed to be against Baron Corbin. That is how things turned out, but Angle seems happy with everything in the end.

While speaking to Chris Van Vliet, Angle brought up his WrestleMania opponent. He said that he got to wrestle the “top heel in the business” in his final match. The Olympic Hero also praised King Corbin for being a great wrestler.

“Baron’s a great wrestler. He’s a great talent. A lot of people don’t like him, but he’s really good at his job. He’s great, he the top heel in the business right now. I know that people might naturally hate him, but that’s a good thing.”

“I know people think, ‘Well he has real heat not WWE heat or wrestling heat’ it’s like well, that’s the point he wants to have real heat, so you know I got to wrestle the top heel in the business at WrestleMania. That’s the way I look at it.”

Kurt Angle said that he figured he would lose his last match and he’s happy that it went down the way it did. Now he is producing matches in the back and watching King Corbin carry on with a huge spotlight in WWE that Angle’s star helped brighten.