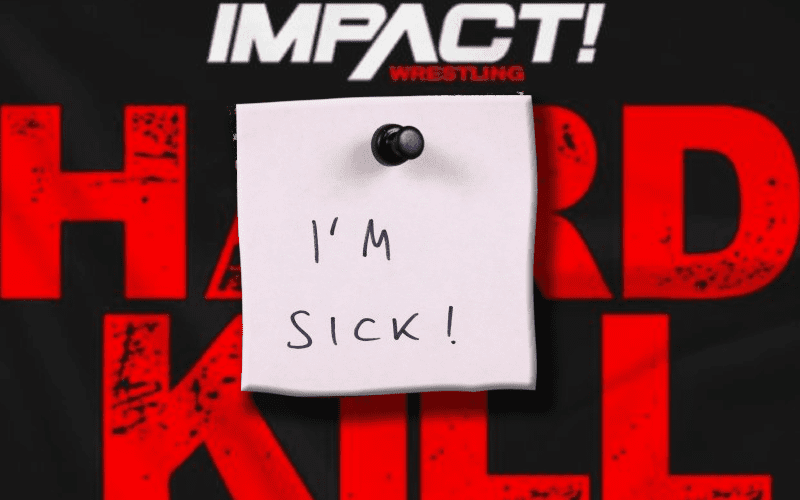 Impact Wrestling’s Hard To Kill pay-per-view went down in Houston last night. Some people had quite an uphill battle to climb as a sickness broke out backstage in the company.

“Everybody that worked that show it seemed was sick. There was a bad illness going around. A lot of the producers were sick a lot of the people who work with public relations and other places were sick. The production people were sick. It was a very rough weekend for Impact in that regard.”

The Hard To Kill pay-per-view still took place without any issues. It just goes to show the dedication they have behind the scenes to carry on even if they’re not feeling 100%.