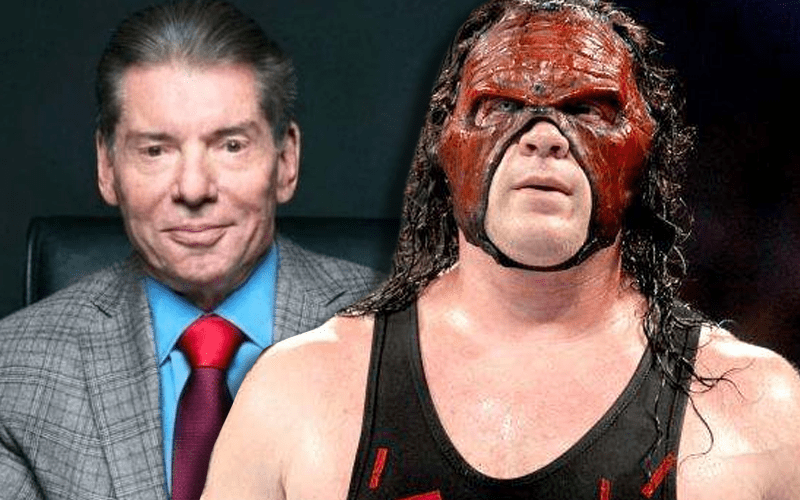 The 1998 King Of The Ring was main evented by Kane vs “Stone Cold” Steve Austin in a first blood match. Many people only remember the brutal Hell In A Cell match between The Undertaker and Mankind and for good reason.

During the Broken Skull Sessions, Kane recalled watching Mick Foley smash through the top of the Hell In A Cell structure. Foley wasn’t supposed to break through the ceiling of the cell, but he went crashing to the mat anyway.

At first, Kane was worried about Mick Foley because they were good friends and rode together. Then Kane started to worry for another reason because Mankind was supposed to be involved in the finish of Kane’s main event First Blood match against Steve Austin for the WWE Title.

Mankind was supposed to run in during the conclusion which caused The Undertaker to swing at Mankind with a chair, but hit Austin instead. Without Mankind available for that spot they needed to figure out something else to do. Vince McMahon put it all on Kane as he remembered.

“Mick’s supposed to come out and he’s laying there in a crumpled heap and Vince looks at me — Vince McMahon looks at me while this [Hell In A Cell] match is going on and I’m trying to put everything together in my head and trying to remember everything [and says]: ‘You know Mick can’t come out, you’re gonna have to figure out what to do in your match.'”

“I’m like, ‘Me?! Why you looking at me, man?! Me?!’ But this is also ‘Stone Cold’ Steve Austin. This isn’t like going out in an enhancement match. This is like a huge deal.”

Kane said he was relieved both professionally and personally when he saw Mick Foley coming down the ramp for the finish of the main event as planned. They honestly didn’t know if Mankind could do it. Obviously, Mrs. Foley’s Baby Boy had the testicular fortitude to make the spot.