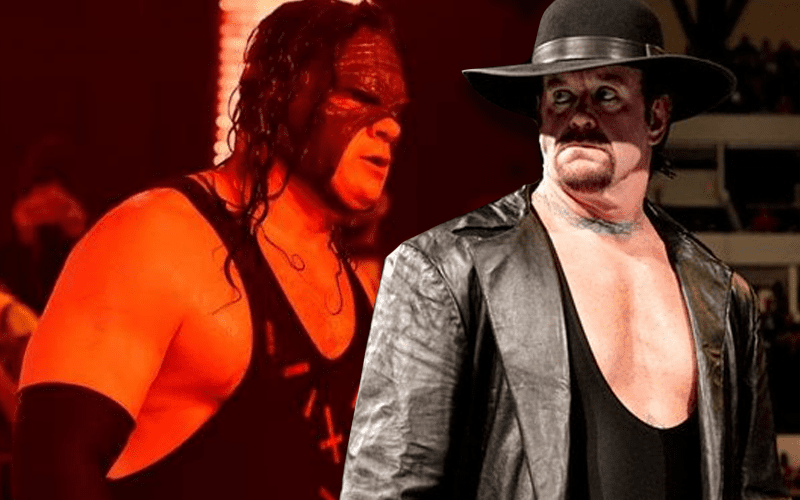 WWE Superstars’ entrances are typically the same each time. This allows for the same camera angles and poses which also helps further establish their characters. When it was time to come up with the details for Kane’s iconic entrance, The Undertaker had a great suggestion that stuck for decades.

During the Broken Skull Sessions, Kane explained that on the day he debuted at Badd Blood, he met with The Undertaker. They were trying to figure out a way for Kane to signal for his pyro and The Dead Man had an idea.

The notion was that since The Undertaker raises his arms up to make the lights come on during his entrance, then Kane should do the opposite. That is when The Undertaker suggested that Kane bring his arms down to signal the flames to oppose his own character.

The Undertaker wanted Kane to be the opposite from his character in as many ways as possible. The arm motion during Kane’s entrance was certainly a great way to accentuate that.

This motion stuck and it was used for years to come. Kane said later in his career he would get into the arm motion more. That night at Badd Blood it was literally something they discussed that afternoon and tried live on pay-per-view for the first time.