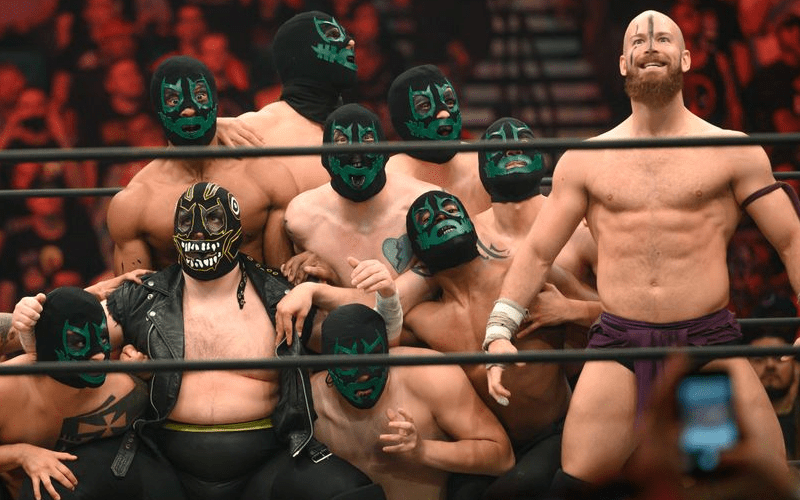 AEW has a few stables and the Dark Order is looking to grow in numbers. A hint was provided about who might be the Dark Order’s next recruit during this week’s Being The Elite.

Hangman Page is having a very rough time. Kenny Omega discovered that he was drunk backstage at Dynamite and he had to deal with it. As the camera panned over, it clearly showed that Michael Nakazawa was looking at the Dark Order’s website on his phone.

The Dark Order recruited the Beaver Boys after they were signed to AEW. Perhaps Nakazawa will soon join their hooded ranks.

You can check out the episode of Being The Elite below as well as a screenshot of Michael Nakazawa’s phone.