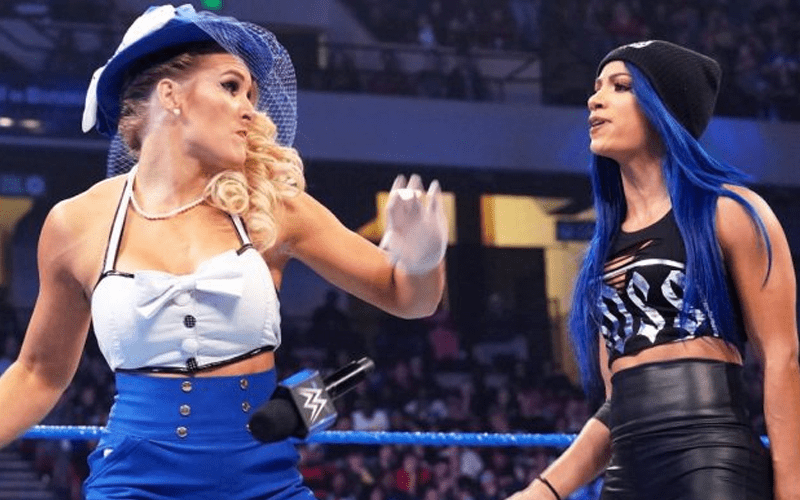 Lacey Evans is chasing the SmackDown Women’s Title and Sasha Banks is in her way. Banks wasn’t available for their match last week because she was recording an album. We can only assume Snoop Dogg was involved.

Bayley was at SmackDown last week and she beat Evans down in a brutal backstage assault that included smashing her head in a door. When The Lady Of WWE saw a post from WWE featuring that backstage beat-down she had to take a shot at The Boss’ singing skills.

I’m sure she used Auto-Tune harder than @itsBayleyWWE used that door. Either way…they both are hiding behind their lack of ability.

We’ll just have to see when Lacey Evans gets her hands on the heel Boss n Hug Connection. That tweet from Evans only proves that she doesn’t need to be in the ring to take a shot.

For the record, Evans doesn’t need auto-tuning and you can watch her singing with Elias by clicking here.