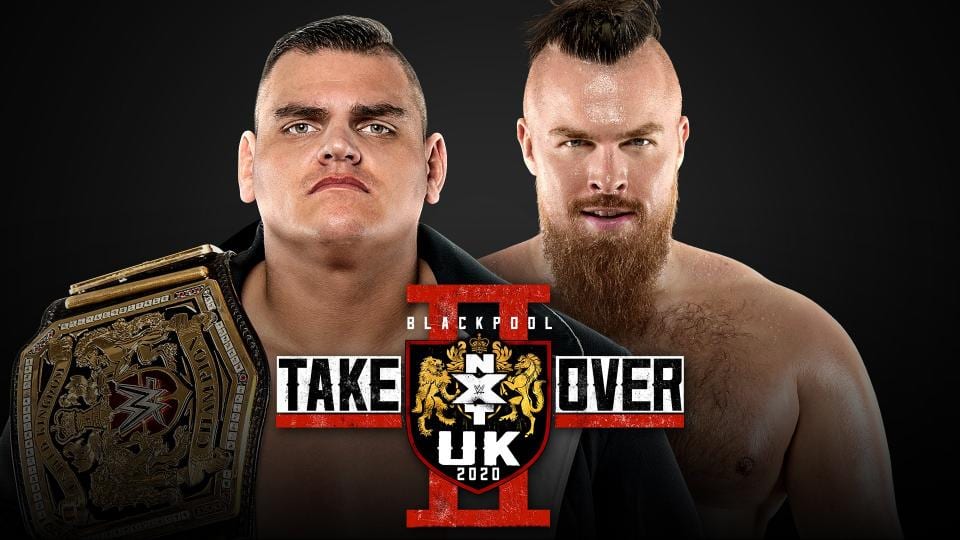 Welcome to Ringside News’ live coverage of NXT UK TakeOver: Blackpool II. The event will start at 12:00 PM EST. Check back then for constant updates.

The NXT UK roster always brings it when they have a TakeOver special. WWE’s United Kingdom fans are also incredibly energetic and inventive with their chants.

The main event WWE UK Championship match between Walter and Joe Coffey might headline the event, but any of the matches can steal the show.

The NXT UK Tag Team Title ladder match is also likely to get a lot of attention. Gallus, Grizzles Young Veterans, Imperium, and Mark Andrews & Flash Morgan Webster could tear the house down.

Kay Lee Ray vs Toni Storm vs Piper Niven for the NXT UK Women’s Title could also consist of a breakthrough performance or three.

You can check out the complete card below. There might only be five matches, but it will be a packed card full of action.

This match started off with a one-armed slam from Seven for a two count. They traded some chops and then Dennis hit a throwing Razor’s Edge from the corner.

Dennis continued to wear Seven down, but Trent kept kicking out. Trent fired back with some close-range chops and a snap dragon suplex that sent Dennis outside. Then Seven hit a suicide dive before throwing Dennis back in.

Seven missed a dive off the top rope as Dennis moved out of the way. Dennis hit a spinning slam and got a two count out of it.

Dennis nailed a forearm smash and then Trent nailed another slam for a near fall. Trent tried a burning hammer, but Dennis got free. Then Eddie Dennis started to mess with the top turnbuckle pad, but the referee caught him.

The turnbuckle pad fell off as Seven hit Dennis with a superplex for a two count. Seven accidentally went into the exposed turnbuckle and he was out. Then Dennis picked him up and powerbombed Seven outside of the ring because the referee blocked him from doing a bucklebomb in the exposed corner. Dennis rolled Seven inside for a two count.

Then Dennis hit a Next Stop Driver for the win.

Storm hit Ray during the introductions and this match got started quickly. Niven nailed a suicide dive to the outside on Ray. Piper put Ray back in and Storm pounced on her before Niven hit a senton on both of them for a two count on Ray.

Niven hit a crossbody on Storm to stop her from hitting a move on Ray. Then Kay Lee Ray nailed a superkick before Storm hit a German suplex on her.

Ray chopped Piper and then Niven fired back with some punches. Ray tried to hit a Gory Bomb on Niven, but that wasn’t happening. Then Storm hit a German Suplex on Niven thanks to Ray hitting a superkick.

Soon all three women were down and receiving applause from the crowd.

Ray got a chair from under the ring and went inside the ring. She choked Tony with the chair and then Niven got some of the same treatment. Ray then wedged Toni’s head in the chair, but Niven tackled her before she could break her neck. Then Storm got the chair and had a stand-off with Niven.

Piper told her to “do it, have at it,” but Toni dropped the chair. Then they teamed up on Ray and threw her outside before Niven hit a cannonball off the apron onto the NXT UK Women’s Champion.

Ray finally nailed a Gory Bomb on Niven, but Storm broke up the count. Kay took out Storm with a suicide dive. Then Niven nailed a Destroyer before Storm jumped in and hit a Storm Zero, but it was broken up by Niven.

Toni tried for another Storm Zero, but hit a Pedigree on Niven instead for a two count. Then Storm climbed up top and hit a frog splash. Ray then pushed Toni Storm out of the ring for the win.