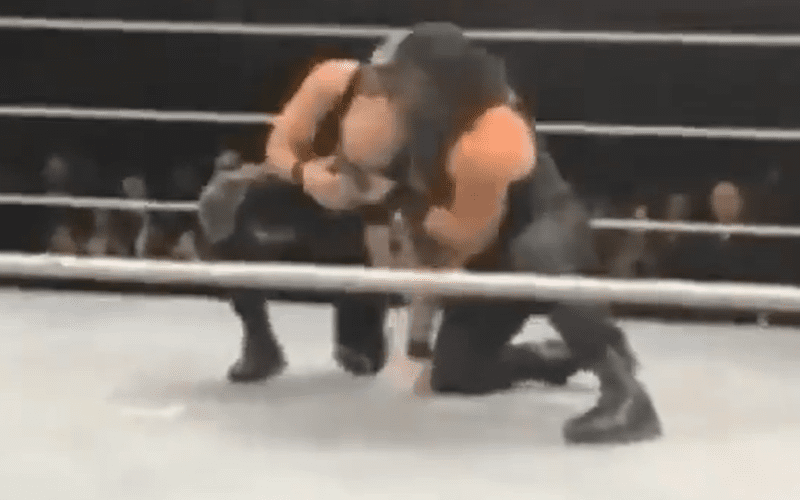 Roman Reigns has a bone to pick with King Corbin. He’s still not over the fact that Corbin and Dolph Ziggler tied him up to force dog food down his throat. Now is his chance to get even.

Roman and the 2019 King Of The Ring were booked for two Loser Eats Dog Food matches. One of those went down at WWE’s live event in Dayton, Ohio last night.

As you can see from the images below, Roman Reigns was able to get his revenge on King Corbin in a big way. Corbin ended up scarfing down some Alpo in front of a very happy Ohio crowd.

We’ll have to see if this stipulation ever makes its way onto WWE television, but the fans seemed to enjoy themselves last night.