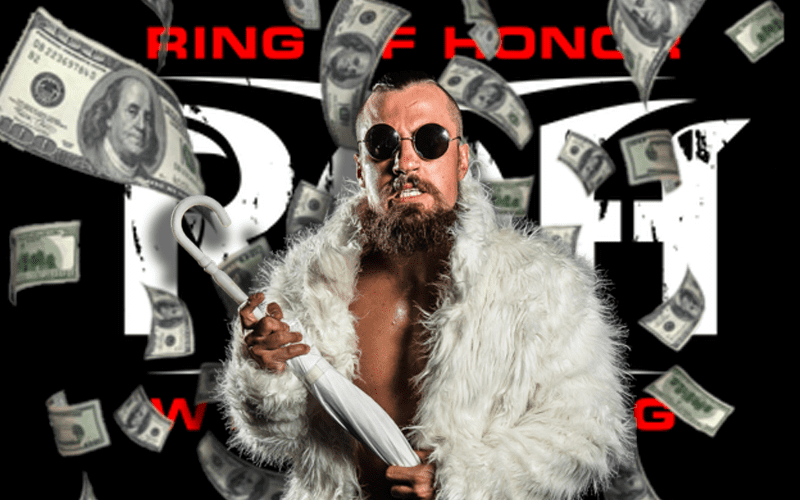 Marty Scurll was someone that Ring Of Honor really didn’t want to lose. Now he is sticking around.

PW Insider reports that ROH inked a new deal with Marty Scurll. We previously reported that The Villain was receiving an offer on a WWE main roster money level.

When does Marty Scurll’s contract expire?

Scurll’s ROH contract ran out at the end of November, but he still appeared on a per show deal with the company. The length of his new contract was not confirmed, but it was noted that ROH “has been locking talents in to multi-year deals.”

There was a report that Scrull’s proposed contract from ROH would also allow him to work with NWA, NJPW, and possibly AEW as well. It turns out his contract involves a top creative role as well.

PWInsider.com can confirm, however, that as of this weekend, Scurll is taking on lead booking duties for the company. Hunter “Delirious” Johnston remains with the company in a creative capacity.

This is a very interesting development in this story. Marty Scurll obviously did what was best for his career at this time. Now we’ll just have to see what he’s able to do with this new influence.