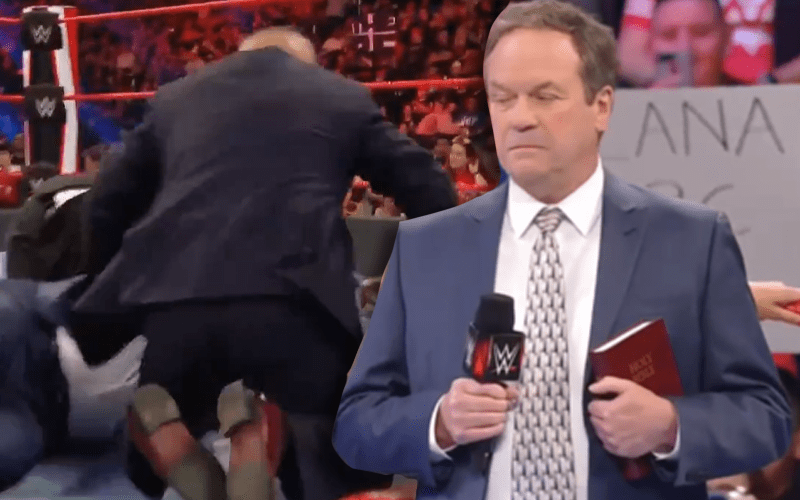 Lana and Bobby Lashley finished their wedding with an abbreviated ceremony on RAW this week. Their reverend almost didn’t make it to the ring.

Security tackled the reverend played by actor Rick Malone. New video showed him explaining his involvement to security before they let him go.

The Wrestling Observer Newsletter confirmed that WWE staged this incident. They showed it on camera for a brief moment in an attempt to get people to stay on the USA Network.

People figured security screwed up on live TV and thought he was a fan. It was actually all part of the show. It was a way to get people talking by doing something out of the box with the idea anything can happen on the show and they did it right before a planned commercial break with the idea of hooking people to not switch channels during the break by having people see something they thought they weren’t supposed to see.

WWE is a tightly scripted program. Any time people see something that they’re not supposed to it’s a great thing. Fans love those moments and it turns out that WWE is now trying to create them.